It seems likely that, from time to time, Alfred Giles as a boy would have visited the docks or waterfront of Liverpool, just a few miles from home. Did Alfred, like so many boys before him, look out over the bustling quays and the wide mouth of the River Mersey toward the Irish Sea and the Atlantic Ocean and wonder about going to sea? 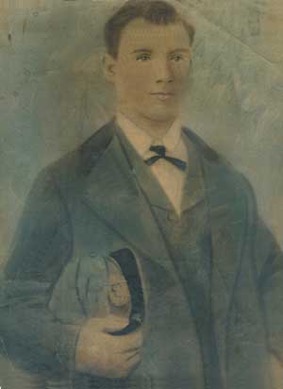 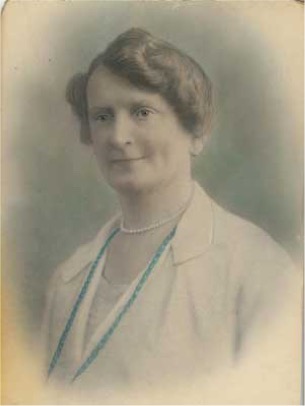 ALFRED GILES WAS JUST SIX years old when his mother died of a miscarriage in the Army barracks in St. Domingo Road, Liverpool, in 1860.

He was the second of four sons born to George Giles and Sarah Wright. Nine months after his mother died, Alfred’s father married again. It must have been a crowded home. Henry, a son by George’s first wife in Ireland, worked as a shop boy but left home while Alfred was still young. His one older brother and two younger brothers were joined by his new step-mother’s daughter, Sarah, and then over the next few years by a crop of new brothers and sisters.

The family was not poor. Father, George, was an army staff sergeant, and comfortable enough to employ a domestic servant to help at home.

Some time before 1881, Alfred went to sea in the merchant service. There is a painting of him - of unknown origin - as a handsome young man in his naval uniform, cap under his arm.

In the summer of 1883, at age 23 and when still in the navy, Alfred married a Liverpool girl, Ann Oxton, at St. Barnabas Church of England. Evidently, Alfred preferred married life on land to life at sea, because some time before the end of the decade he left the navy and worked as a pork butcher on the other side of the River Mersey from Liverpool.

The villages of Poulton and Seacombe had been amalgamated to form the community of Poulton-cum-Seacombe - comprising perhaps 15,000 people by 1890. Seacombe did not have a good reputation for health. Medical reports of the day were scathing about inadequate waste collection and sewerage in parts of the town, which was a popular place for seafarers to live, being close to the river.

Victoria Road, where the Giles set up shop, would have been much better. It was a main arterial route that started close to the river’s passenger landing dock and stretched west to Poulton village. It became a busy and profitable commercial thoroughfare.

The Giles operated at first from 123 Victoria Road, but some time in 1890 or 1891 they moved with their three sons a few doors along the street to No. 117. The Giles’ butcher's shop was next to a string of locally owned, small shopfronts very typical of English towns, in which houses often doubled as a shop window, with the residence upstairs. A fishmonger operated next door, and next to that, a tobacconist and a baker’s shop. A few doors down was another butcher’s shop, run by a German immigrant. In the 1891 census, the Giles family also had a 14-year-old girl working as a domestic servant - she is recorded as Aidlade Vichomby. The first name is probably a census taker’s erroneous rendition of Adelaide. 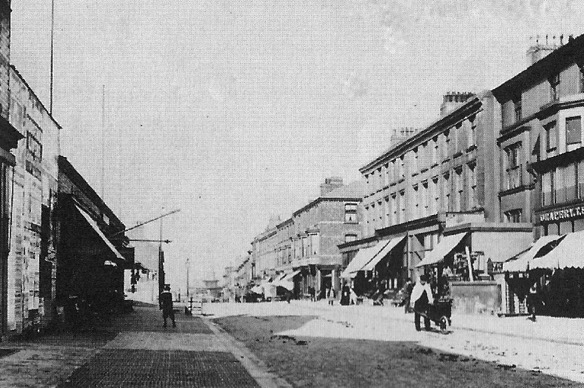 By the turn of the century, Alfred and Ann had moved back across the river and established their own restaurant business at 136 Vauxhall Road, Liverpool, not very far from where Alfred was born. It was a bustling area at the time, next to one of the busiest areas of the port of Liverpool - the industrial stretch along the north docks. Hundreds of workers walked daily to and fro along Vauxhall Road to the factories, to the gas works, the sugar refinery, timber yard, corn mill and tannery.

Alfred and Ann by now had five sons and a daughter - Alfred Clement, William, Frederick, Robert, Annie and Stanley. They had also begun to take in boarders, and both the restaurant and the business of providing lodging must have proved worthwhile, because their circumstances improved steadily over the next ten years. More children would follow - two more daughters and a son by the end of 1905.

As Alfred passed his 50th year, he and Ann could look back on their circumstances with some satisfaction. By 1911 they were occupying ten rooms at 2 Eldon Place, a mere hundred yards or so to the north along Vauxhall Road. It was a sizeable residence for anyone at the time, but the space accommodated five single working men ranging in age from their early twenties to mid-forties. Their own family had grown, too. Ann had borne 14 children, but five had died at birth or in infancy. The three eldest boys had by now left home to start out on their own, and Robert, 18, and Annie, 16, were helping with the restaurant business. Youngest son Stanley, with two additional daughters Nellie and Florence, were in school. Eight-year-old Albert was unhappily not at home on the night the census was taken. He was hospitalized at the Myrtle Street Infirmary for Children. Whatever his ailment, he survived it at the time, but died at the age of 26.

Alfred and Ann lived until the 1930s, Ann dying in 1931 at the age of 71, and Alfred surviving her by four years. They are both buried at Kirkdale Cemetery, Liverpool, and left a large posterity.

The building that once housed their successful shop at 136 Vauxhall Road still stands today, a few yards from the junction of Vauxhall Road and Ford Street, though it is  nothing like it appeared in the late 1800s. In the first decade or two of the 2000s, the place was occupied by a Greek club, the Akropolis. The area now consists mostly of light industry and commerce. Further along Vauxhall Road, major demolition and recent redevelopment has brought some attractive housing to an area that was known as blighted during the second half of the 20th century.

Top of page, left:  Early portraits of Alfred Giles and Ann Oxton Giles, probably made when they were in their 20s.
Map:  Modern map of Poulton-cum-Seacombe area and its proximity to Liverpool. 1: Poulton. 2: Seacombe. 3: Location of Victoria Road, where the Giles had a butcher's shop. The street is now known as Borough Road. 4: Location of the Giles restaurant in Vauxhall Road, Liverpool. 5: Kingsway tunnel under the River Mersey. The tunnel emerges a few yards away from where the Giles once lived and worked.
Above:  Victoria Road, Seacombe, about 1910. The Giles shop would have looked just like one of these.
Below: Undated photograph of Alfred and Ann, probably taken when they lived in Eldon Place, Liverpool, after 1910.
And, Alfred and Ann Giles with some of their family, circa 1925.  Left to right, Ann Oxton Giles and husband Alfred Giles, their youngest son, Stanley Giles, an unknown woman, Ethel Hyde Giles (wife of Stanley), William Giles, the second oldest son (behind Ethel). William’s wife Meena Schmidt (contracted from Hermena Pfannenschmidt) is seated second from right. The other women and the child have not been identified. 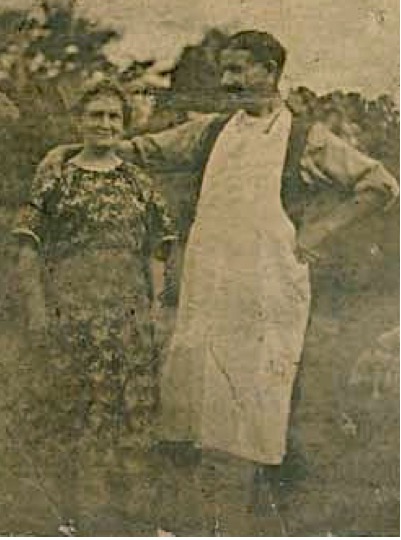 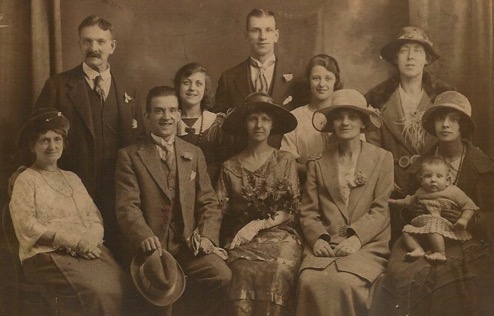 Below:  Alfred Giles' signature on his 1911 census return. A ten-room house for the time was very substantial.
Below left:  Google Maps view of the precise location of the Giles shop at 136 Vauxhall Road in the early 1900s. Ford Street separates the buildings from the large ventilation shafts for the Kingsway Tunnel. This one of two Mersey tunnels surfaces right next to where the restaurant was situated. At the time, it was an ideal location. Today, the immediate area is better suited for warehouses and light industry. But further along Vauxhall Road, towards the Giles residence in Eldon Place, redevelopment has worked wonders for the once-blighted area, with attractive homes transforming the street.
Below right:  The address of 136 Vauxhall Road is now occupied by a Greek Club, the Akropolis (photograph taken 2009). 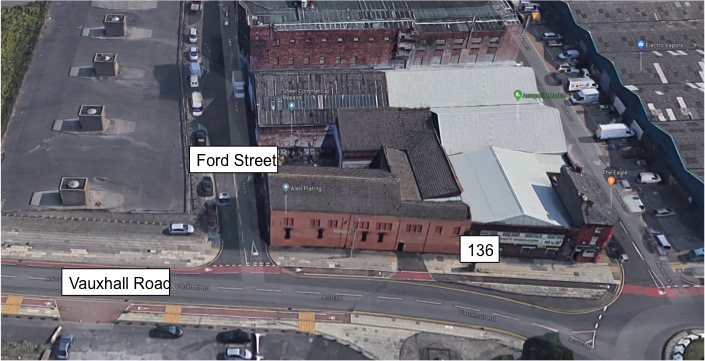 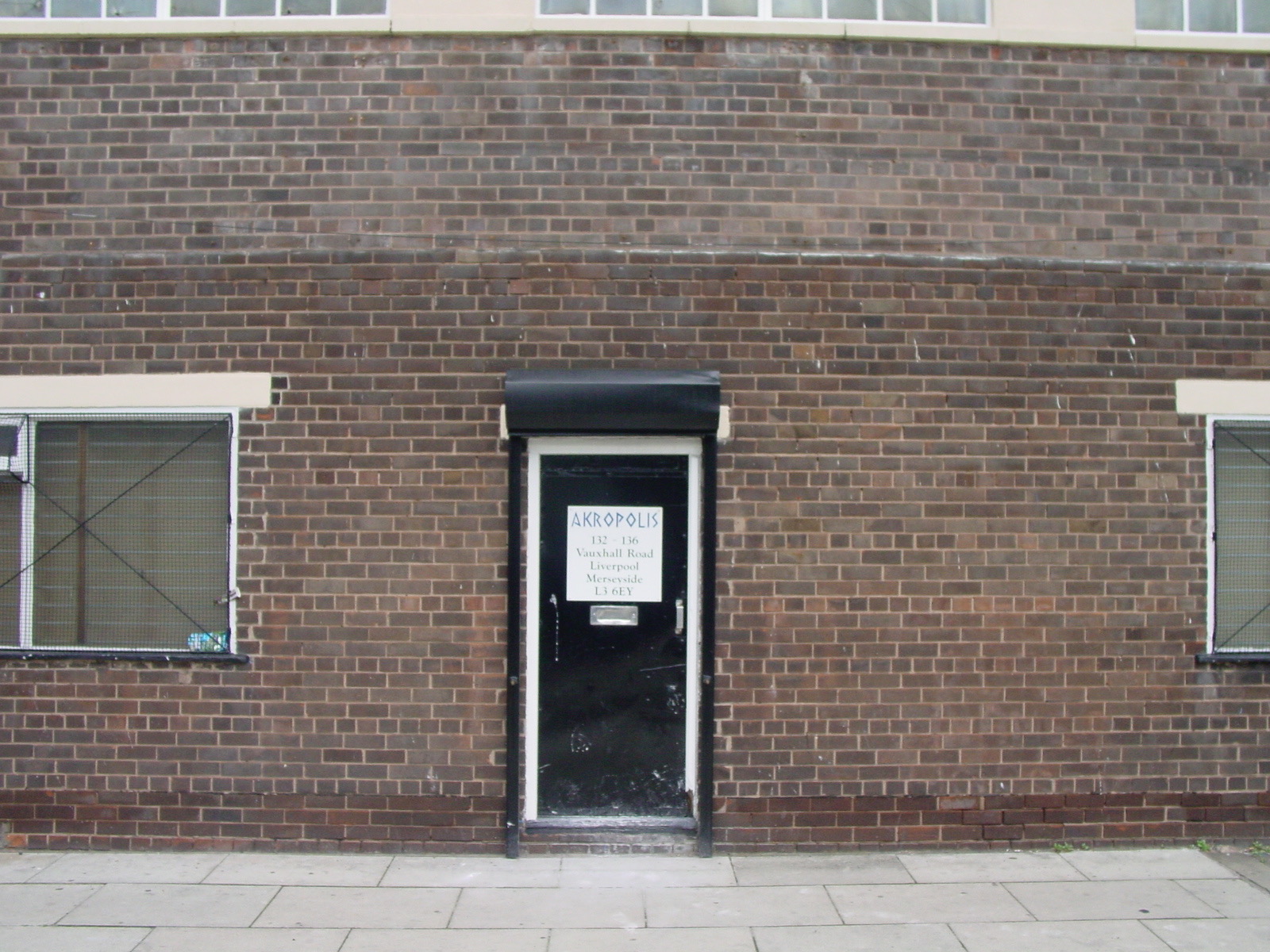