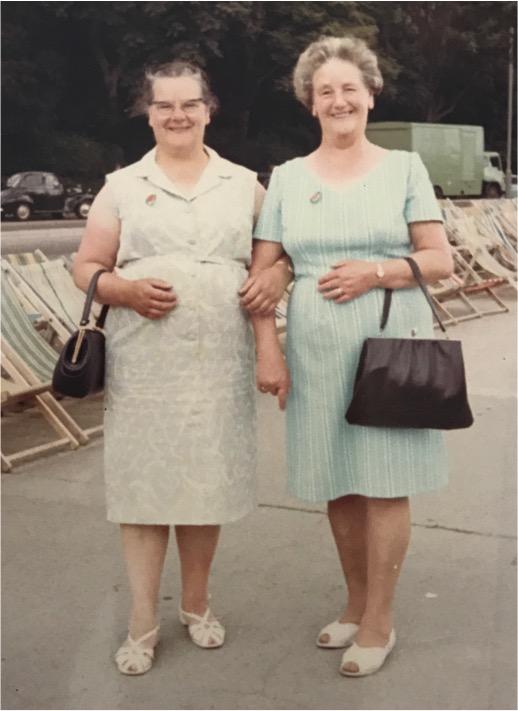 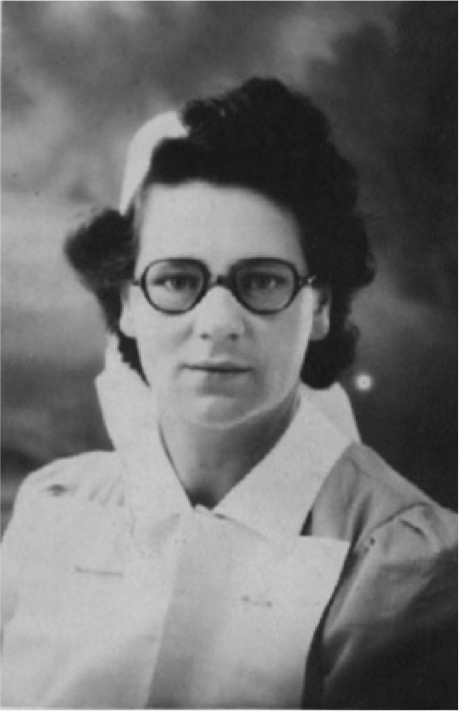 Hospital nurse, midwife and devoted evangelical Christian, Doris Otterson never married. Instead, she found her purpose in life in the thousands of babies she delivered and in serving her local community and church. Decades after her death, she is still fondly remembered at her church in Nottingham in the English Midlands.

Top right and below: Doris Otterson as a hospital nurse in 1945, probably at the Royal Infirmary in Sunderland.

WRITING A SHORT AUTOBIOGRAPHICAL NOTE after she had retired from midwifery, Doris Otterson recorded that during her life she had delivered 4,365 babies.

Being a midwife and nurse was one of her two great loves. Her other one was her religious faith and church community.  Doris was a woman of strong convictions, and fearless in sharing them. After every birth, she would ask to say a prayer with the mother and then leave a religious tract. As far as is known, she was never refused.

Those convictions had their roots earlier in her life. Before World War 2, Doris was close friends with a young man in her home town of Sunderland, County Durham, and it is believed they were planning to be married. Tragically, he died - not from the war, but from a road accident when he was knocked down. Doris rarely if ever spoke about this later in her life. In the same autobiographical note in one of the church journals,  she refers simply to a "traumatic episode." 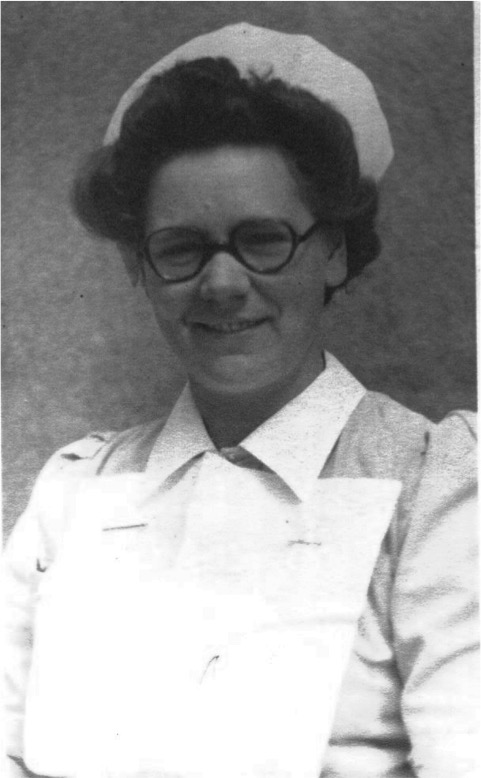 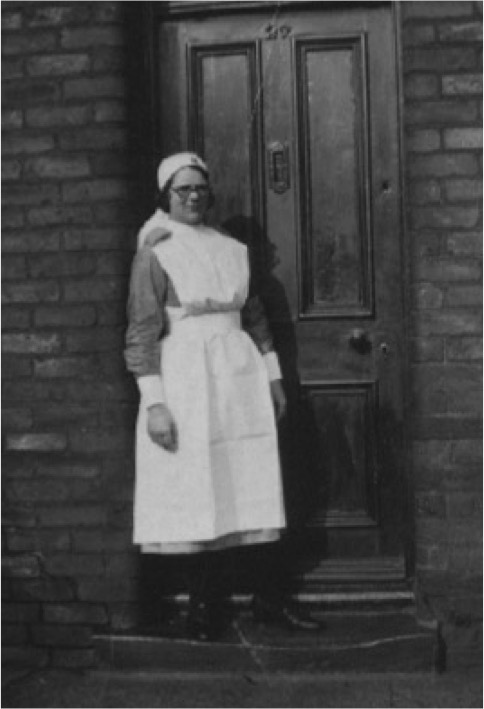 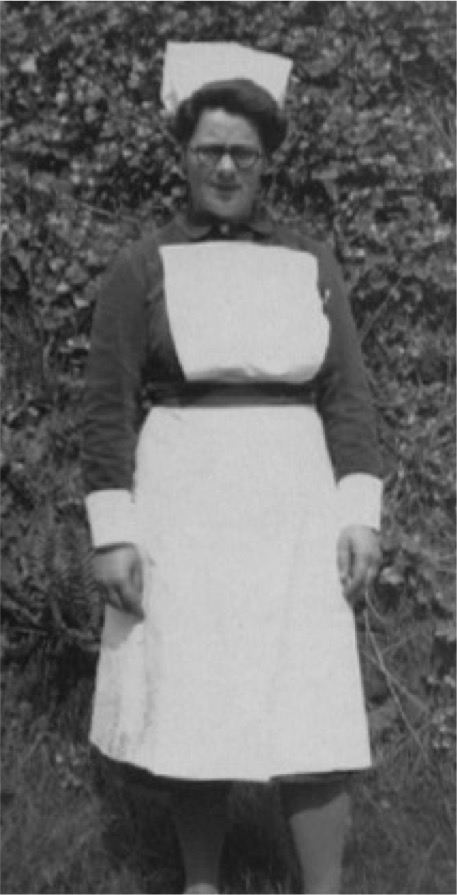 Above:  Doris Otterson as nurse and hospital night sister.
Below:  The house at 19 Lutterell Way, West Bridgford, Nottingham. Doris's parents shared this house with her in their later years. After they died, her longtime friend, Sybil Warrington, moved in with Doris and stayed in the house after Doris's death in 1999. 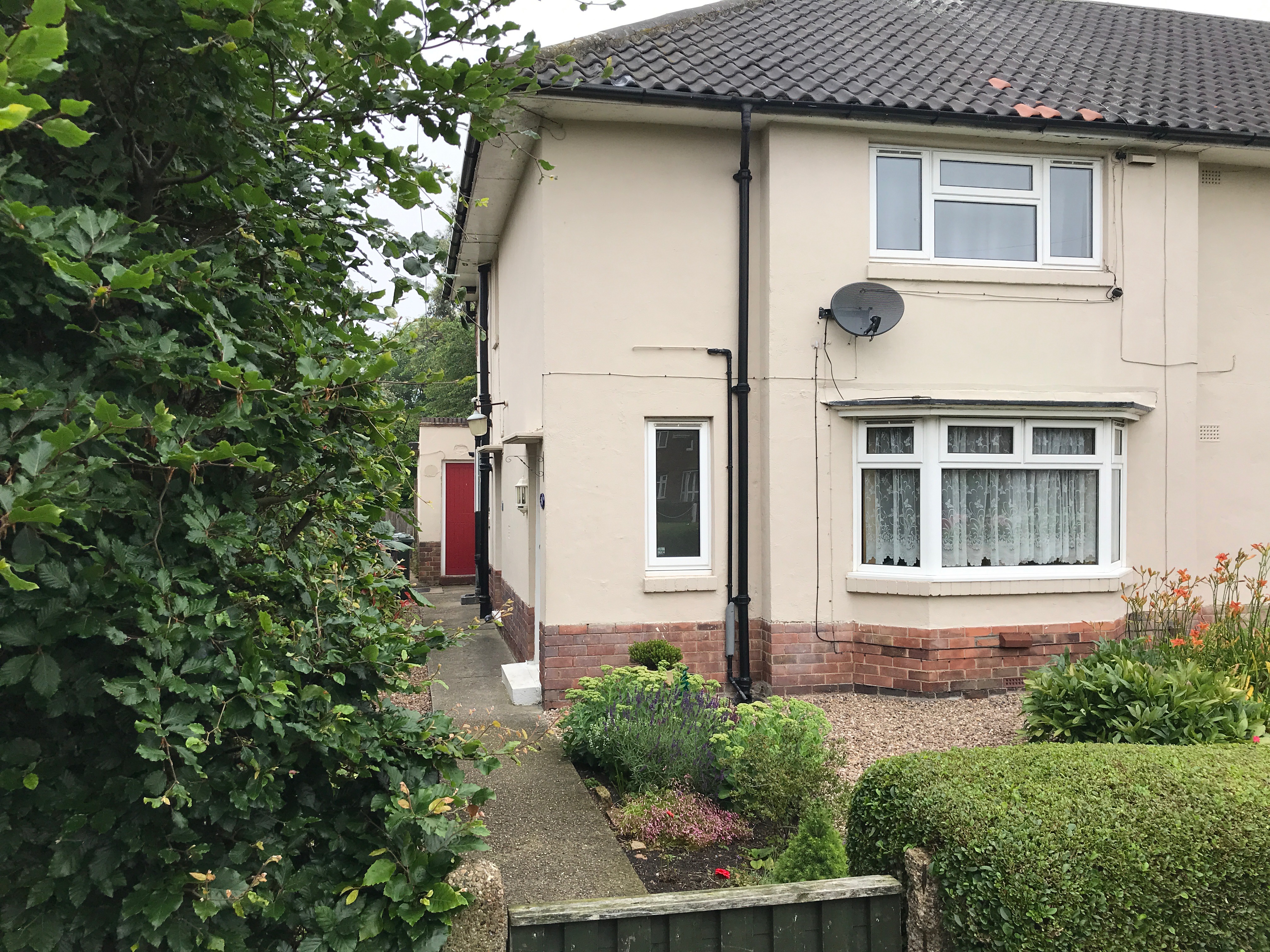 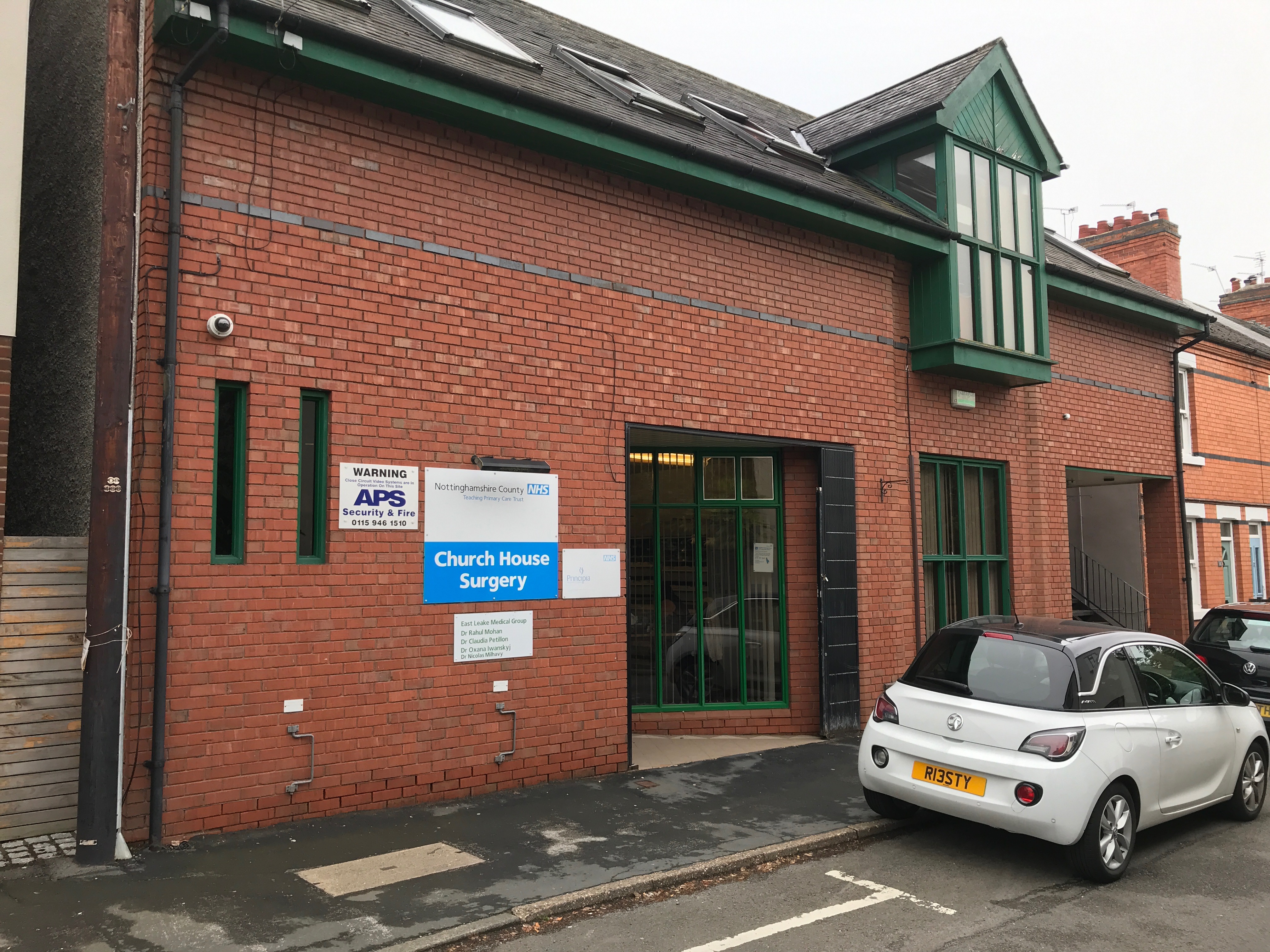 Above:  The name of this doctor's practice in Ruddington, Nottingham - "Church House Surgery" - hints of its past. It was built to house a small Pentecostal congregation until the group merged with another group and eventually built a larger facility elsewhere. Doris Otterson's father, Robert, helped with the brickwork.  It has since been extensively expanded and remodeled.
Below: The church in Edwalton, another Nottingham suburb, now called the Rock Hub. It was here that Doris Otterson kept the Church's records for several years, and where her funeral was held. She was one of the church members who painted the upstairs windows. 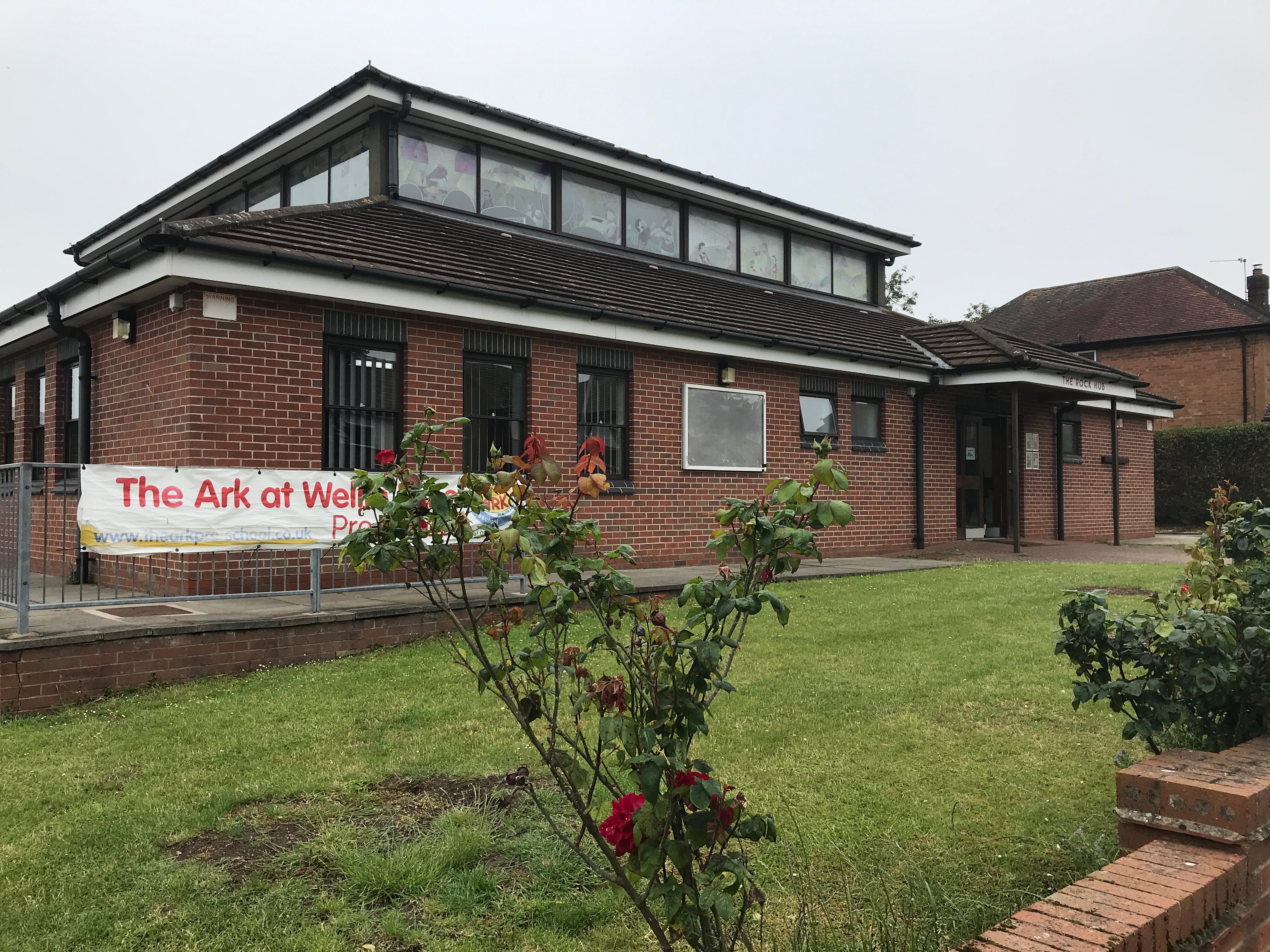 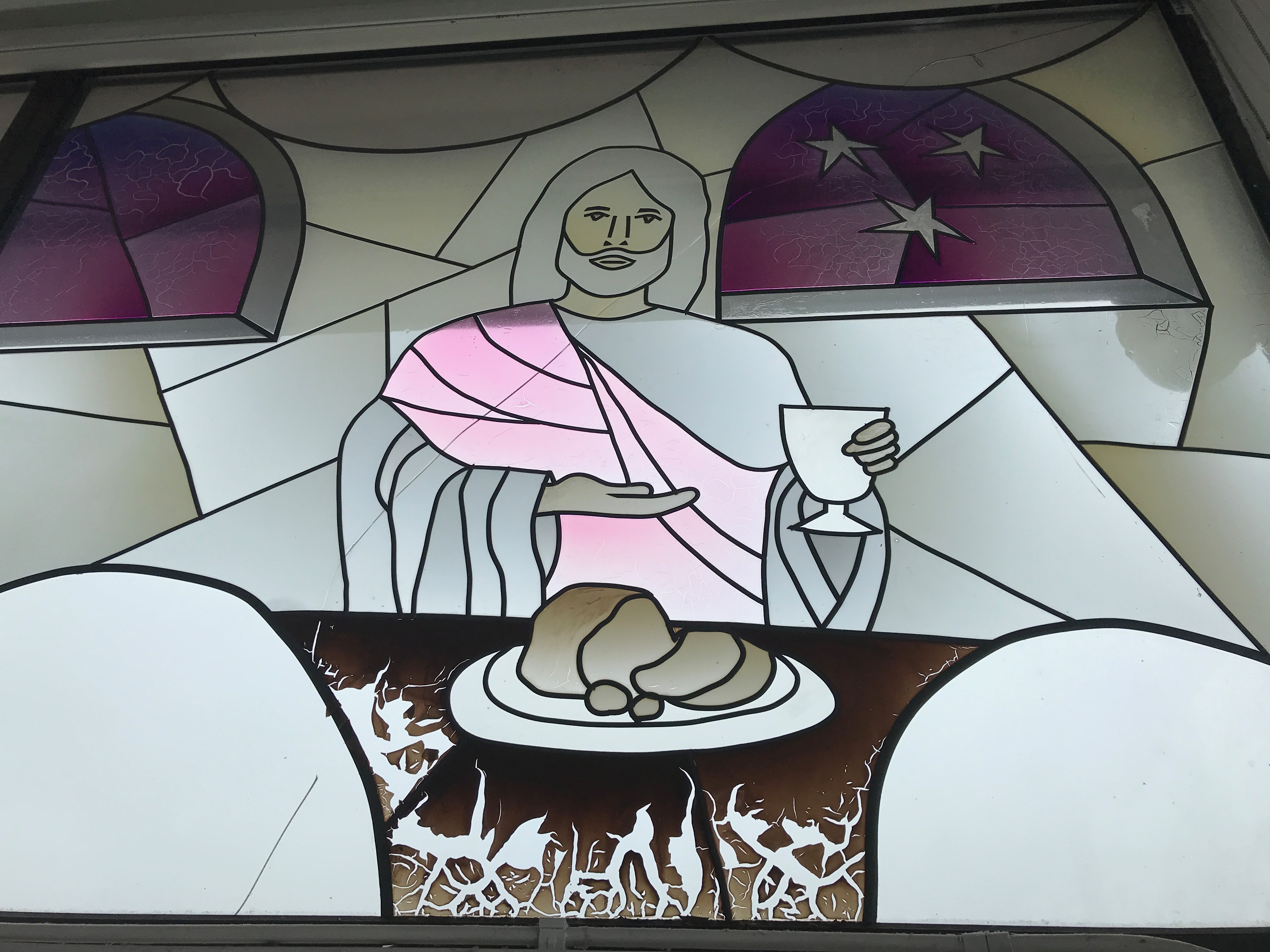 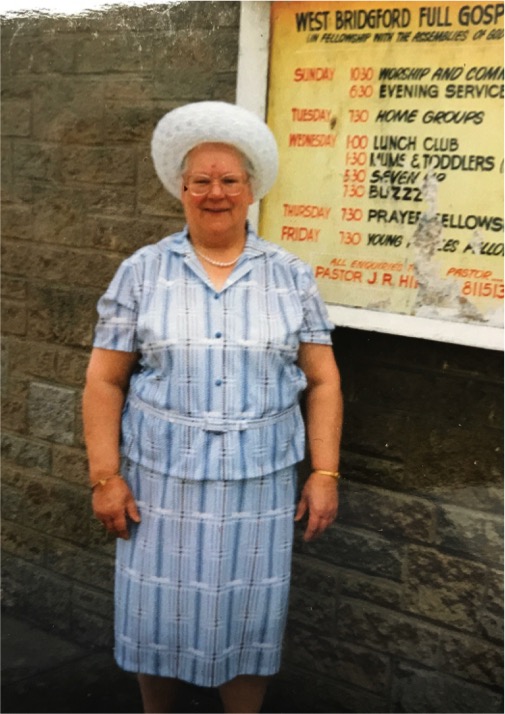 She had been educated at a Church of England school, and attended the Methodist Sunday school, later becoming involved with the choir, youth and teaching. She "considered herself a Christian."

At the beginning of the war she nursed in the army, first at an army base at Barnard Castle in County Durham, and later at Catterick military hospital in Yorkshire and "other outposts." But after the accident she dropped church and entered into the social life of the army. She found no real happiness in it, however.

What happened next is best told in her own words. The following has been edited only for punctuation, typographical errors and clarity.

"One night I felt I must go to church. An Army chaplain who was also a Deaconess in the Methodist Church preached the gospel that night from Matthew 11, v. 28. (Editor's note: "Come unto me all ye that labour and are heavy laden, and I will give you rest."). I felt an urge to get right with God but was uncertain how to do it. Later that evening on duty, I was waiting with the ambulance at the station in Richmond, and I walked by the side of the river thinking of what I had heard. I cried to God to come into my life and to give me His peace, and to my amazement He did just that. Later, I had a talk with the chaplain that confirmed what I had done. I realised God had a plan for my life and after a short time I asked for release for training to do my SRN (Ed: state registered nurse training) in a civilian hospital and this was granted."

Doris was accepted by the Royal Infirmary in Sunderland, her home town. After four years of training and some service as a night sister there, she felt impressed to take up midwifery at Nottingham General Hospital. In her mind was the feeling that she should become involved in missionary work with the Methodist Missionary Society, which was active in Africa, India, the Caribbean and other parts of the world. In fact, she had already been provisionally accepted, but first it was essential to finish her training and gain experience in midwifery.

She studied the gospel through correspondence courses with the MMS, and a date was set for her to attend a weekend for missionary candidates. The problem - at least for the MMS - was that Doris had become drawn into the Pentecostal church, had been baptized by immersion and was no doubt exhibiting some of the intensity and witnessing of that particular brand of Christianity. As she shared her thoughts with the candidate reviewers, it evidently didn't sit well with them and she was turned down.

Doris then applied to the Assemblies of God for similar service, but with the same result. Initially puzzled and no doubt disappointed, she was nevertheless encouraged by others to apply for a district post when it soon became available, rather than an overseas mission. She hesitated, but at another church meeting the speaker referenced a scripture in the Old Testament - Deuteronomy 1: 6-7.  (Ed: "Ye have dwelt long enough in this mount."). It was enough for Doris.

"I knew God was speaking to me saying I had been long enough where I was and needed to move on, so I applied, was interviewed the next day and given the post. It was here I found the mission field God had for me. I had opportunities to talk of the things of God with many mums, [and] brought many children to Sunday school as I got to know the families. In all I delivered 4,365 babies, each time prayed with the mother and left her a tract. This often led to more talks."

At that time, Doris was attending her church congregation in Ruddington, a village suburb of Nottingham. Her father, Robert Otterson, who in his early years had labored as a bricklayer, helped build a single-storey church for them there, and both her parents later came to live with her in Nottingham. The house they occupied until their deaths was at 19 Lutterell Way in the suburb of West Bridgford.

When the Ruddington group merged with an Assemblies of God church in Wellin Lane, Edwalton, another Nottingham suburb, Doris continued to play a prominent role. An old hut on the site used initially was replaced by a fine brick, two-storey building. Doris, with others, hand-painted the biblical scenes on the upper windows. In 1959 she was appointed church secretary - a fortuitous event since dozens of the photograph albums and scrapbooks she created are still at the church (as of 2019).

There was one thing that Doris Otterson doesn't mention in her written recollections that almost everyone who associated with her remembers with a smile, and that was her driving. Driving with Doris in her black Ford Anglia was always memorable.

Michael Otterson, her nephew, remembers riding in the front passenger seat with her when she visited his family in Liverpool. As a child, he was delighted when she asked excitedly as she was going down a steep hill, "Shall we go zig-zag, Michael?" His mother, sitting in the back seat, was terrified.

Others describe her driving as stop-start, scary or "an experience."  In reality, it was part of her character. She was an independent-minded person who became sure of her mission in life, kind to anyone in need but certain of what she wanted. She supported her friend Sybil Warrington, on a church mission to South Africa and Rhodesia (later Zimbabwe), and the two shared the Lutterell Way house together after Doris's parents died.

In 1999 she was diagnosed with cancer of the liver. At 6.15pm on Wednesday, 16 June of that year, she passed away peacefully in her sleep at the age of 85. 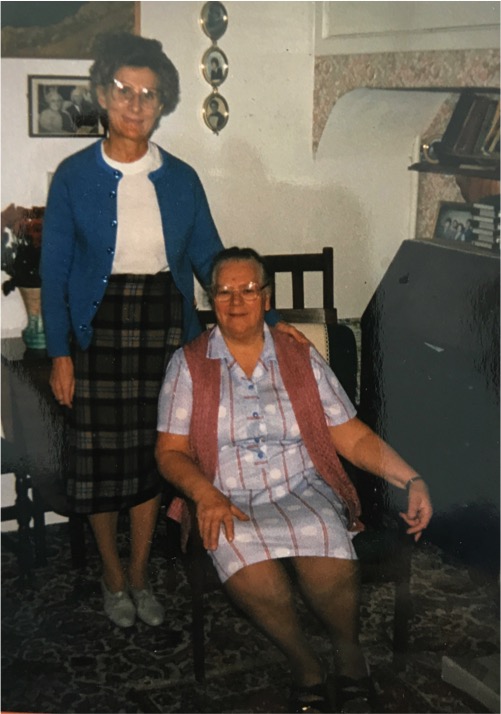 Above:  Doris Otterson outside her beloved church.

Above right:  Doris with her longtime friend Sybil Warrington, in the house they shared in Lutterrel Way. Sybil spent 23 years as a church missionary in South Africa and Rhodesia, and Doris supported her work by raising money in Nottingham. 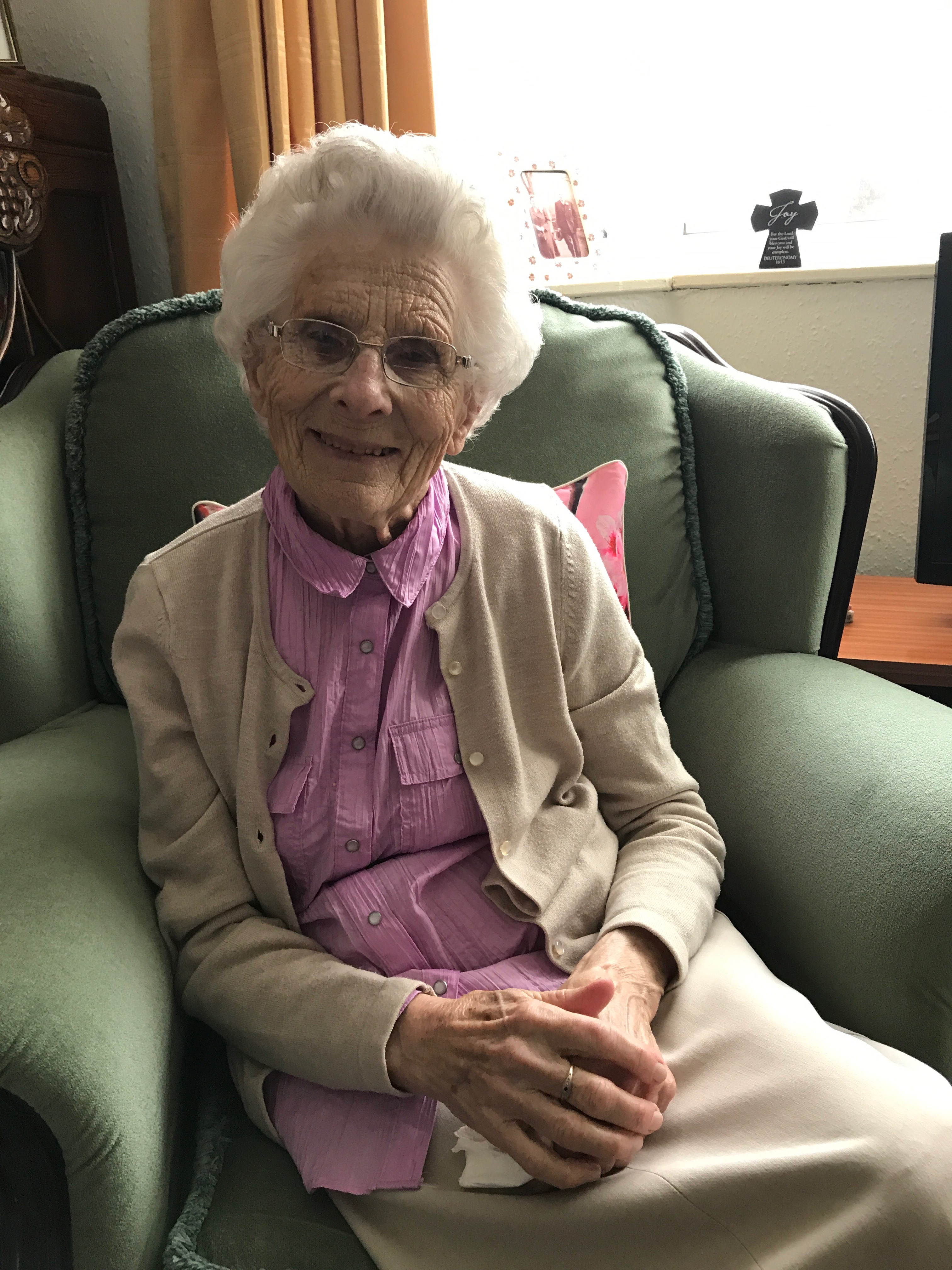