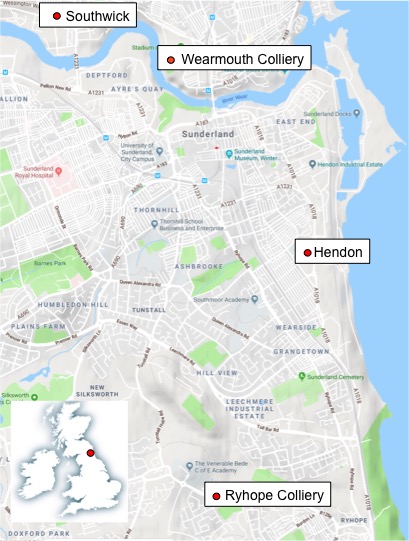 Working in coal mines was a difficult and dangerous job. Gas explosions, collapsed tunnels and heavy tubs on rails were ever-present threats. If you were deaf, the risks increased dramatically. That defect would cost John Otterson his life. 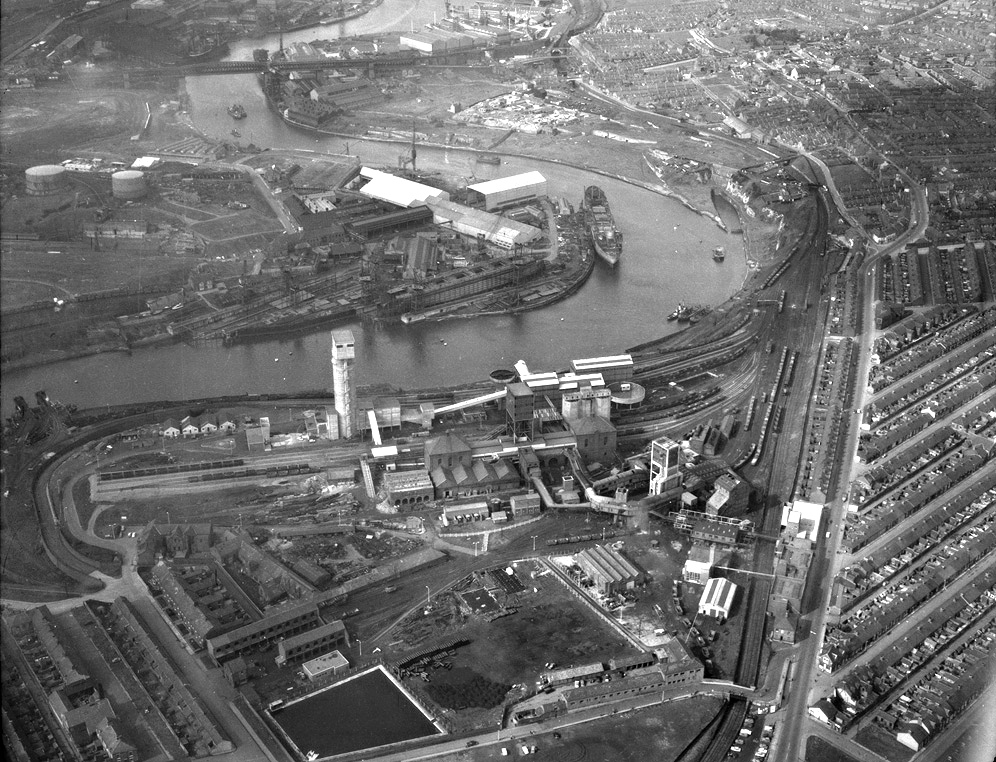 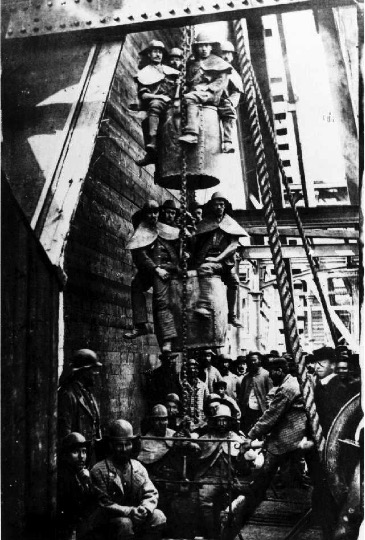 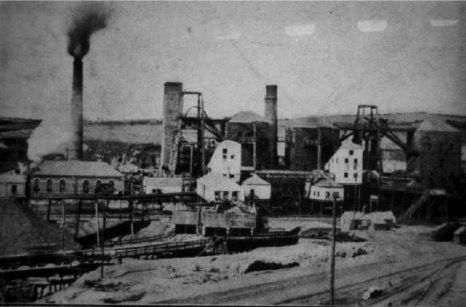 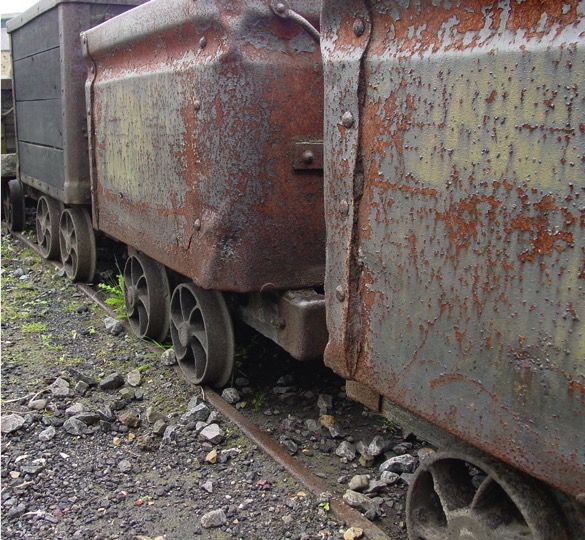 JOHN OTTERSON GREW UP as an only child - a rarity in a time when families routinely had eight or ten children and whose parents became used to losing some of them to sickness while still in their infancy. Born in 1845 and son of a coal miner, John was just old enough to remember his mother, Hannah, when she died a premature death in the early 1850s.

When his father, Nicholas, remarried in 1857 to a widow, Sarah Scott, two more children joined the family - Thomas Scott, age 7 and John’s junior by about four years, and 5-year-old Jane. The family moved to Brook Street, Monkwearmouth, and by the time John was 14 both he and Thomas were working in the mines, probably at Monkwearmouth Colliery.

John was 21 when he married Jane Storey from Southwick, just a couple of months past her 18th birthday. Jane, too, was from a mining family. Her father, like John’s, had been born in Jarrow on the banks of the River Tyne and had worked the mine there. The couple set up home in Ryhope, a village south of Sunderland and near the sea, with a centuries old tradition of farming. But, situated on the rich Durham coal field, Ryhope had already abandoned its farming roots for the more lucrative investment in coal. A new mine opened in Ryhope a few years before John and Jane were married. The face of the village and its surroundings would change dramatically over the next few years.

John may have been an only child, but he fathered nine children of his own and all of them reached adulthood.  His work at Ryhope continued for several years and his first two children were born in the village. But he also worked at the other collieries in the villages of Thornley and Brandon before moving back to Sunderland and a house at 13 Robinson Terrace in the suburb of Hendon some time in 1871.

John suffered with deafness - a defect that would prove fatal on the last day of March, 1898, while working at Ryhope Colliery. A set of ten wagons had been hauled by a locomotive engine to the top of an incline alongside the walls of some coke ovens. From the high point, the gradient then dropped over a distance of 130 yards sufficiently for the wagons to run without the locomotive before leveling out. It was common for a man riding on the back of the last wagon to apply a brake without the need of the locomotive, and on this day the ten wagons were already rolling down the gradient when the brakeman saw a man on the line, oblivious to the approaching train.

As the brakeman yelled and applied the brake hard, two other miners saw what was happening and ran toward the miner in the path of the speeding wagons. It was too late. John Otterson was caught by the wagons which ran over his legs. Taken to the Infirmary (hospital) with his legs badly mangled, the father of nine died a little after 3 p.m. that afternoon.

At an inquest two days later, the jury returned a verdict of accidental death, but recommended that the wagons always be attached to a locomotive instead of being allowed to run into the siding under the direction of a brake man. [Source: Mines Inspectors Report for 1898, Durham District, from a copy held in the Scottish Mining Museum, Newtongrange, Midlothian, Scotland].

Jane now had to finish raising her remaining family on her own at their Robinson Terrace home.  By the 1901 census the five older children were already married.  Daughter Cecilia was 23 but recently widowed, and lived in the home with her two little children. Son Robert, 19, James, 16, and Mary, 14, completed the family. Daughter Elizabeth lived next door with her family.

Over the next few years the remaining children married. In 1910, Jane moved in as housekeeper with son Nicholas at 6 Norman Street after Nicholas’s wife died at the age of 35. Jane, however, was now 66 and was probably unable to make much of a contribution. Soon after, she moved again, to son Robert’s house in Charles Street.

She was a gentle woman, very religious and would not have been much of a burden. But after she suffered a stroke, her personality changed and she became more difficult. By the time Robert and wife Lizzie were expecting their sixth child (they had lost two in infancy), Jane had developed dementia and it became impossible to look after her. The decision was made to put Jane into full-time care.

It must have been an agonizing decision. Her son, Robert, could not bear to be at home when the local care authorities came to collect her. As it happened, he arrived home just at the time she was leaving. Crying, she called out her son’s name again and again. One can only imagine the heart-rending feelings of all of the family at that time.

In the late 1800s and early 1900s the terms used for senile dementia seem harsh to us today. Even some official census forms had columns for “Deaf, Mute, Imbecile or Lunatic.”  In fact, Jane was transferred to the section of the Sunderland workhouse reserved for the mentally ill.

Even as early as 1885, the reports of the Poor Law District Conferences praised the Sunderland workhouse for its care of mentally ill patients, but it is still difficult to imagine what it was like for Jane to spend her last six years there, surrounded by other mentally ill patients. Her death certificate listed the place of death as the “Workhouse Insane Ward.” It was a sad end to her life.

Care of the elderly

Today, we are understanding more and more about mental illness. In the 1800s and well into the 20th century, mental illness was something to be feared and shamed. The free use of words like “imbecile, idiot and lunatic” was common for that time, even in census records. Each term had a specific meaning and significant social stigma was attached to mental illness. It would take more than a century for widespread public understanding of mental illness to overcome those prejudices. 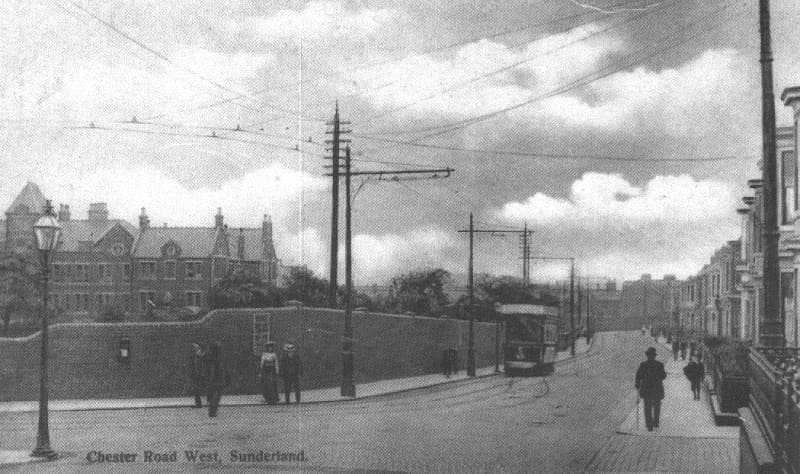 Above:  The Sunderland Union workhouse where Jane Storey Otterson spent her last years. The workhouse became known for its care of mentally ill patients at a time when dementia was little understood.  The workhouse later became part of Sunderland General Hospital.