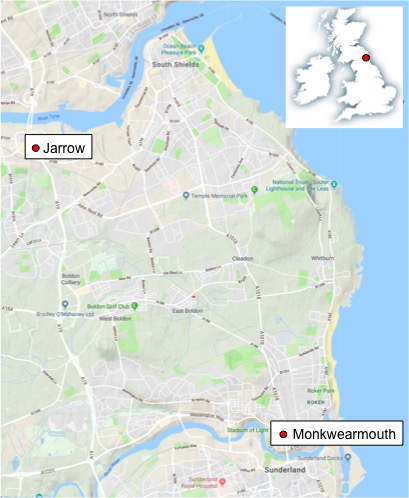 Right:  The church and ancient monastery of St. Paul's at Jarrow, where Joseph and several of his family were christened.

Joseph Otterson became the second of the 12 children of Nicholas and Jane Otterson to emigrate to the United States, following his sister, Elizabeth, who had left a decade earlier. But unlike his sister, farming would not be his life. Instead, he opted for what he knew - coal mining, at first in Kentucky, then in Indian Territory before it became the state of Oklahoma. 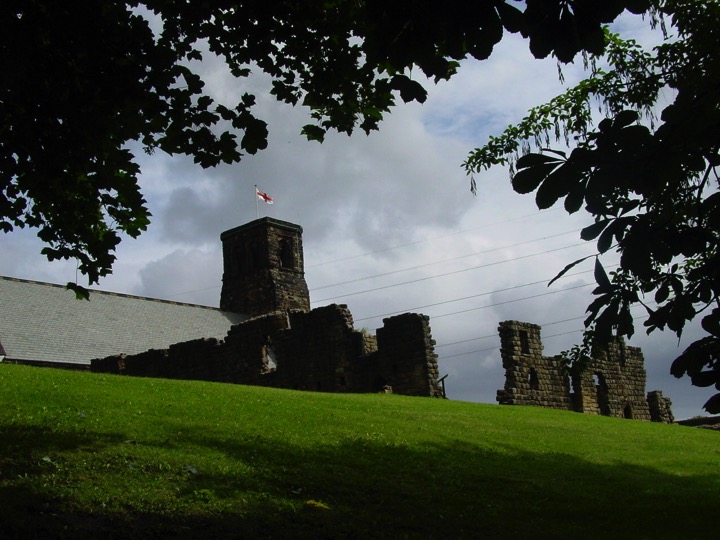 THE NINTH OF TWELVE CHILDREN born to Nicholas and Jane Otterson, Joseph spent his first years in the industrial town of Jarrow in County Durham in northeast England.

He was the last of the children of Nicholas and Jane Otterson to live a full span of life. Younger brother William died at the age of 32, and two other brothers died in infancy. Joseph’s early childhood was spent in their home at Dunkirk Place, Jarrow, but when he was five or six years old the family moved a few miles south to Sunderland where father Nicholas worked as a miner at the Monkwearmouth Colliery. Joseph, too, like his father and brothers and so many of his relatives, also chose to work in the mines. The census records of 1841 and 1851 show Joseph living in Sunderland until he married Sarah Ingram, seven years his junior, in 1856.

Sarah was not from a mining family, though she lived in Monkwearmouth, a Sunderland suburb on the north banks of the River Wear, where the colliery was a major employer. She was the daughter of a single mother. Her grandfather and an uncle were blacksmiths. A second uncle of was a ship's carpenter, and a third a tailor.  Everyone living in Monkwearmouth in the shadow of the colliery knew the dangers of mining, but the job also came with relative security, the assurance of food on the table and a place to live.

Joseph’s mother died of chronic asthma less than six months after her son’s marriage and so did not live to see the birth of their first child, Nicholas, in May of 1857.

A year later, Joseph emigrated to America. The shipping record suggests he traveled alone, with the expectation that his wife and son would follow later. He took passage on the fast Cunard passenger ship RMS Persia (right), which when launched in 1855 was the largest ship in the world. He arrived in New York in December, then made his way to Kentucky where his sister, Elizabeth, and brother-in-law, Tom Parker, had started their American adventure about ten years earlier. It is interesting that he did not head for Wisconsin, where Elizabeth had later moved with her second husband after Tom Parker died, and where they were now successfully farming. Since mining was what he knew, it was the coal mines that beckoned most strongly for Joseph. It’s possible that he traveled overland from New York through Pennsylvania and then sailed by steamboat down the great Ohio River (shown right) all the way to western Kentucky.  His wife could not have been far behind - their second son, George, was born in August of 1858. 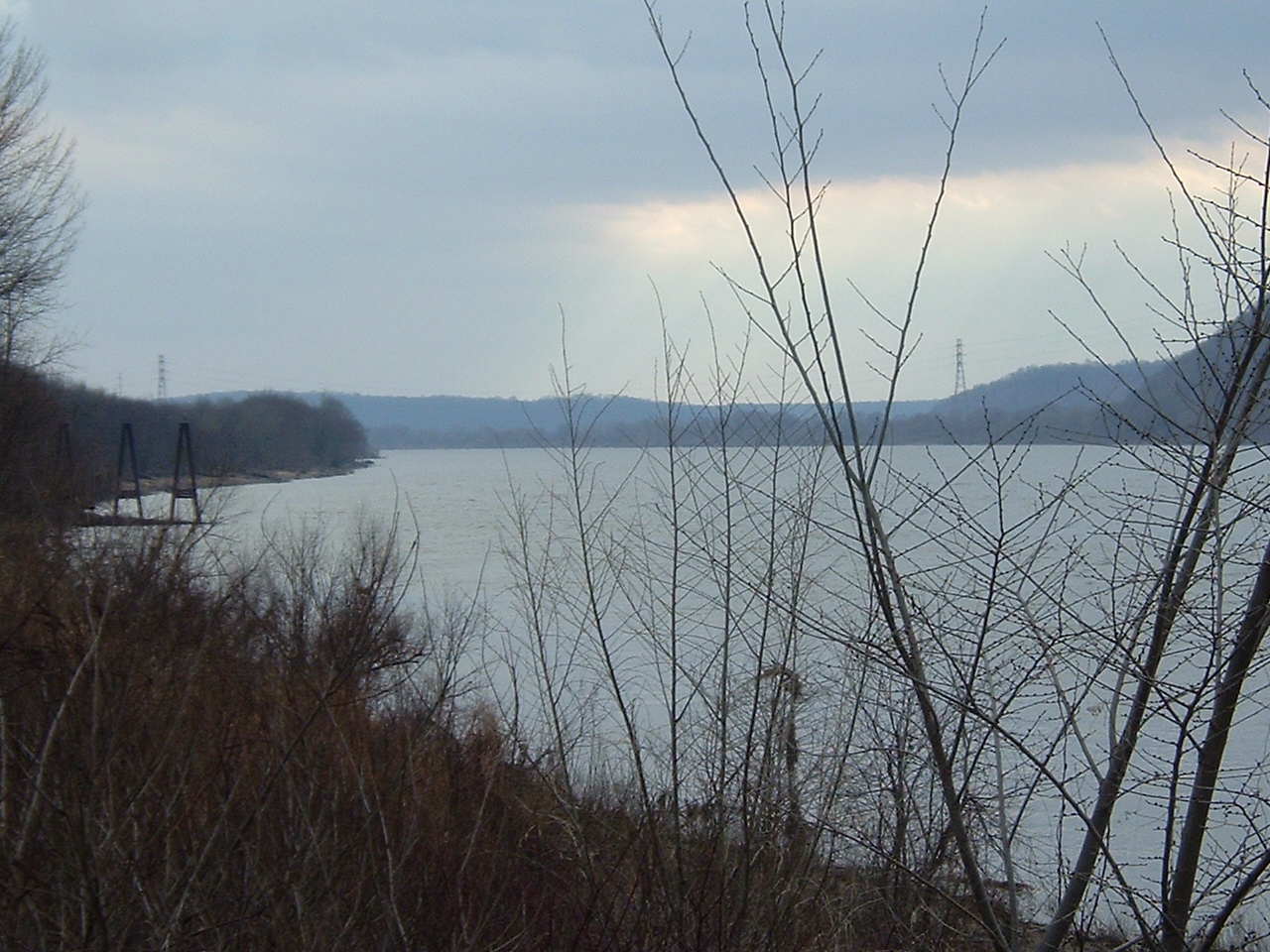 It has been challenging to recreate the life of Joseph from the time of his arrival in Kentucky until the end of the century when he was over 70 years old. Few records of the time still exist. The American Civil War, the destroyed federal census of 1890 and other factors make it unlikely that much else will be found.   For instance, there is so far only one known record of his wife, Sarah (an incorrect entry on the 1880 federal census), and no record at all of first son, Nicholas, who may have died as a child. But enough of a picture has emerged from the scanty historical record, combined with circumstantial evidence, to draw some confident conclusions.

The Ohio River swept southwest from Pennsylvania to form what was then the western boundary of Virginia, and then cut a wide swath westward to separate Ohio on the north and Kentucky on the south. Still further west, the great river continued its endless twists and turns before turning southwest again, with the state of Indiana on its northern shore. It was, and still is, a magnificent navigable waterway. The first English miners who traveled this route recognized the likelihood of coal deposits in the rugged, heavily forested hills of Kentucky.

Much had changed in the 15 years or so since Joseph's Sister, Elizabeth, and her family had come to the United States, and settled in Wisconsin, in the north of the country. Vast territories were now part of the United States - Kansas, New Mexico, Nebraska, Utah and Washington had been added, while Texas, California and Oregon were the new states. Indian Territory would soon become Oklahoma.

Right, below: A Kentucky coal mine from earlier days.

Right, bottom:  Site of the slave whipping post established at the Fayette County Courthouse in Lexington, Kentucky in 1847. Slavery was in full force when the Ottersons arrived in Kentucky, but the Civil War would soon be upon them. 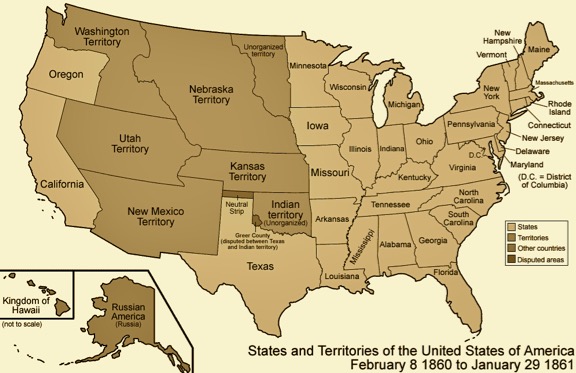 Kentucky was a booming, bustling state until the American Civil War broke out in 1861. It was full of immigrants who looked to own their own land and homes and raise their families. Farmers grew mostly tobacco, hemp, maize and wheat. Coal fields lay in the steep mountains to the east, and to the west, with vast deposits covering thousands of square miles. Various coal companies built coal camps or villages near the mines, just as they did in England. And, like England, the company owned the town including the housing, the local school (where there was one) and everything else. New railroads were the inevitable companions to coal mines. 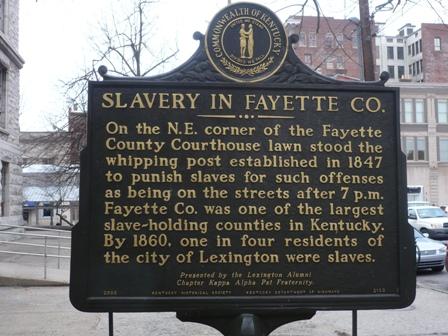 If Joseph was drawn to the area where his sister had once lived, he probably disembarked in or near Breckenridge County, which skirts the river at the western end of the state. If he stayed in the county, we have no idea for how long. From later censuses we know that his children were born in Kentucky during and after the Civil War, and although second son George was born in 1858 we don’t know where. It is five years later before we can pinpoint the family in a specific location further south.

Neither is it known how the Ottersons fared during the Civil War. The politics of Kentucky, a state where almost one in five of the population were slaves, must have been bewildering to the newly arrived English immigrants. More so, because Kentucky itself, a border state, was deeply divided over the war. It has been said that nowhere was the tragedy of “brother against brother” more acutely evident than in Kentucky.

Joseph and Sarah’s twin boys, Joseph and John, were born in 1863, and a daughter, Sarah, followed in 1866. Nothing is yet known of Sarah, but another daughter, Jennie, arrived in 1872. Another son, Thomas Parker Otterson, was born in 1874. The family has not yet been found on the 1870 census, but on the census of 1880 they appear as the “Hudson” family - an obvious census taker’s error. Twin boys Joseph and John were by then 15 according to the census (actually closer to 17), and already working as coal miners. 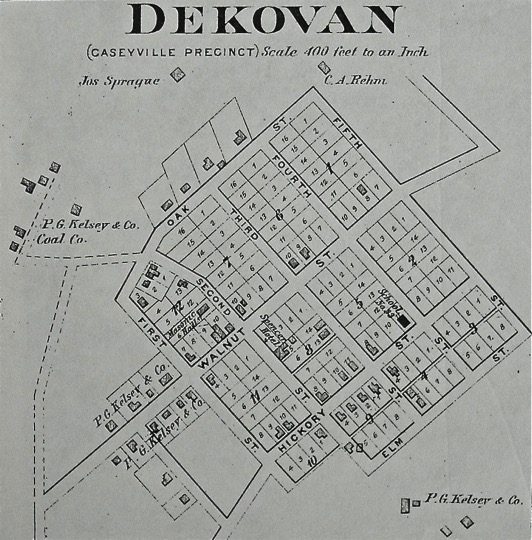 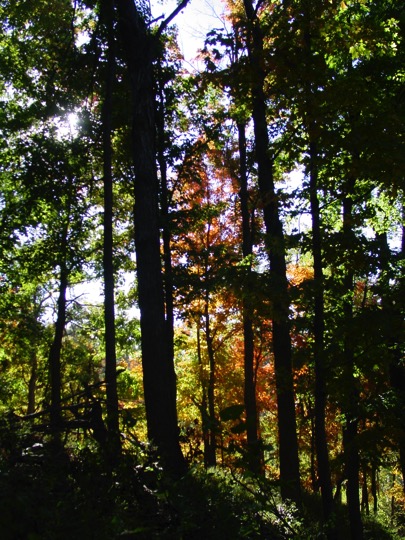 All of the children after George came into the world in a coal mining community in Union County that for a time became a fair-sized town. The mine was started in 1843 and named DeKoven, meaning roughly in Flemish, "a camp or village among the hills." The mine was soon abandoned as unprofitable, however. Other attempts were made in the same decade, but fell victim to a cholera epidemic. A further abortive effort was made in 1859, but it wasn’t until 1872 that a business consortium backed by money from the eastern states finally got coal mining off the ground at Dekoven.  Since records show the Ottersons in the town as early as 1863, they must have been among the first pioneer  miners to make the Dekoven venture successful.

They were not the only miners from County Durham, however.  Booming coal brought other miners from Europe, and the graves at Dodge Hill Cemetery, a high point from which one can see across the river to several states, bear witness to Durham immigrants who lived and died at Dekoven.

Individual mines often yielded good coal deposits for a dozen years or so, after which other shafts were sunk in neighboring areas. The Otterson men may have worked at several mines in the general area of Caseyville, which is the precinct named in the 1880 census. Dekoven does not even get a mention - it was simply Enumeration District Number 34.

Move to the West

Some time between 1880 and 1888, the family decided on a major move. We can only speculate as to the reasons. But when we next pick up the family’s history, the entire clan has moved 600 miles to the west, to the Choctaw Nation in Indian Territory - the future state of Oklahoma. It was to be a very successful move for the Ottersons as the children and grandchildren branched out into their own lives.

Next episode: The Ottersons move to Indian Territory 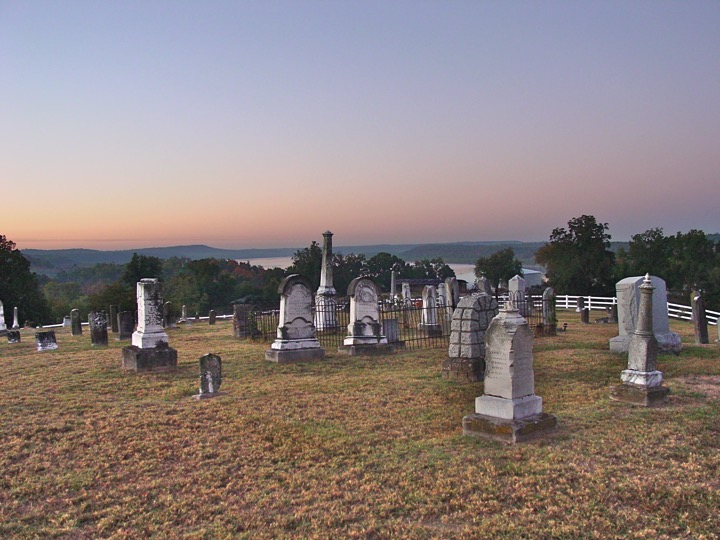 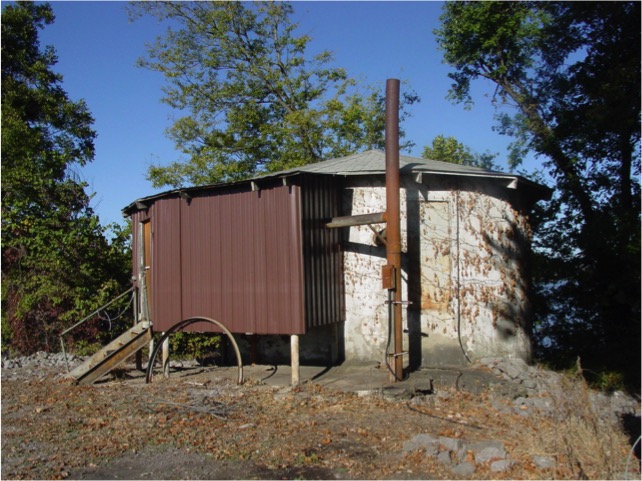 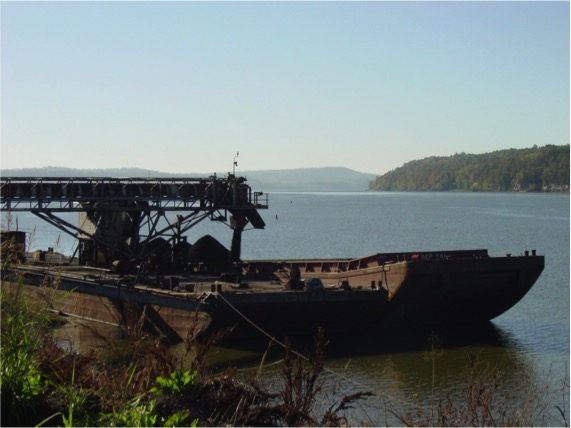 Above left: Street map of Dekovan at its height in the early 1900s, after which it steadily declined. By the 1940 census there were fewer than 300 people. Today, it is a tiny community, not even on most maps.

Top:  Heavily wooded, steep hills above Dekoven have all but obliterated traces of the old coal mines.

Second from top: Dodge Hill Cemetery overlooking the Ohio River at sunset. The cemetery serves Dekoven and surrounding communities. Some headstones mark the graves of miners from County Durham, and judging by the dates, some would certainly have known Joseph Otterson.

Third from top, and above: The old round house stored equipment for transportation of Dekoven coal onto the Ohio River, where in 2010 coal barges were still loading coal from other nearby mines.