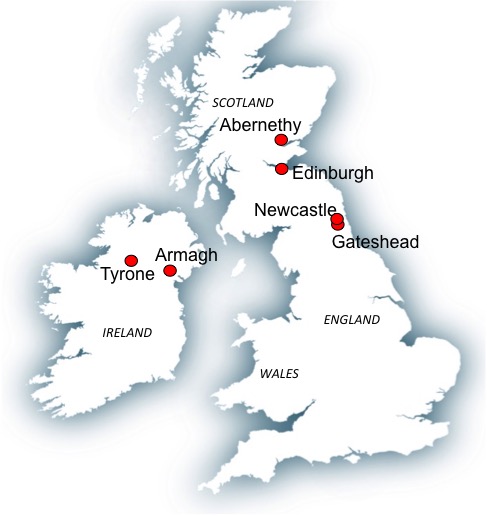 William Abernethy was an Irish weaver, whose ancestry almost certainly came from Scotland, possibly as early as the 1600s. But the harsh economic realities of rural life in Ireland in the 1800s would force William, his wife and two children back across the Irish Sea, this time to England. 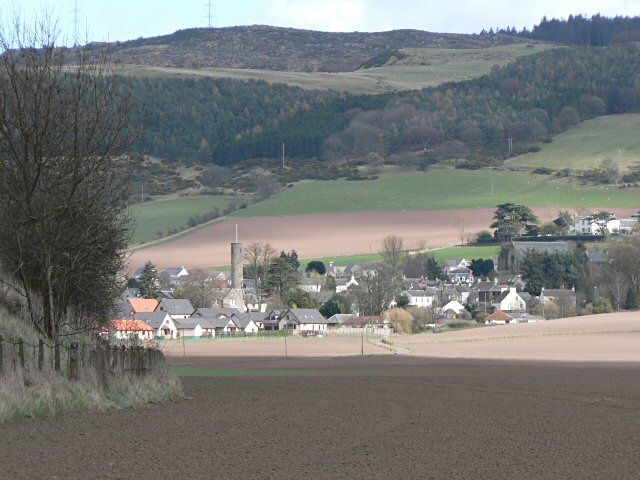 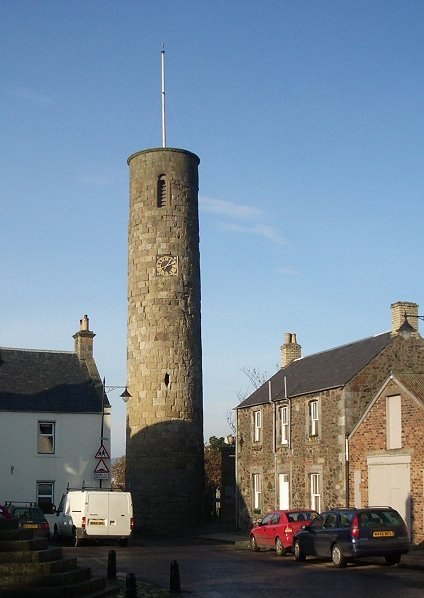 THE SURNAME ABERNETHY and its less-common variant Abernathy trace their origins to a 2,000-year-old settlement in south-eastern Perthshire in Scotland. The name is of ancient Pictish origin, and is literally rendered in English as “confluence or mouth of the River Nethy.” In this case, the confluence is with the River Tay, and the Nethy Burn or stream flows past the present village.

There was a settlement at or near Abernethy in Roman times,  and as early as 700 AD it was a place of significant political and religious influence in the Pictish kingdom. Today it is a fairly small village of around 1,000 people.

Abernethy families have spread far and wide since those early times, including across the sea to Ireland. When a property valuation survey was conducted in Ireland from 1848-64 it showed 68 Abernethy households in the whole of that country, but 59 of them were in the six northern counties. This concentration of Scottish names in the north strongly suggests that the Abernethys of Northern Ireland immigrated from Scotland as part of the Protestant plantations from the 1600s - an attempt to subdue the northern part of Ireland through settlement by Scottish and English landowners and immigrants.

And so in 1808 we find the birth of two probable descendants of these 17th century immigrants - William Abernethy, born in County Tyrone, and Elizabeth West, born the same year in neighboring County Armagh.

We know little of this couple in the early years of their lives, except that they married young in their native Northern Ireland and had a daughter Sarah about 1829, a son William in 1832 and perhaps another child about 1836, who died before they left Ireland. When they emigrated to England some time in the 1830s they settled in the industrial northeast, in the booming port of Newcastle-upon-Tyne.

William was a weaver by trade, but the rising demands of industry may have tempted him to more profitable effort, because he put his hand to other work - namely a furnace-man and worker in a chemical factory.

There would be sadness and setbacks for the family in those early years in England. Three months before his 6th birthday in 1838, little William died of typhus fever in the early hours of the morning of Saturday, January 27.

By the spring of 1841, there were three children living with William and Elizabeth in their house in Fenkle Street, Newcastle. Irish-born Sarah was by this time 12, and her two little English sisters were Elizabeth age 2 and 4-months-old Mary. By the turn of the half century, three more sons and a daughter had been born to the Abernethys, although son William, born in 1842, did not survive infancy.

When another son, William James, was born in 1846, he was the third to be named after his father, and the only William to survive to adulthood. By the time the Abernethys’ last daughter, Hannah, arrived in 1851, father William’s widowed mother Ann had also come to live with them from Ireland. She was 67 years old, and Ireland in mid-century was no place to be poor and alone.

As for the Irish-born patriarch of the family, William Abernethy did not live to a great age. He died in 1868 at 60 of chronic bronchitis. His wife, Elizabeth, outlived him by 18 years. 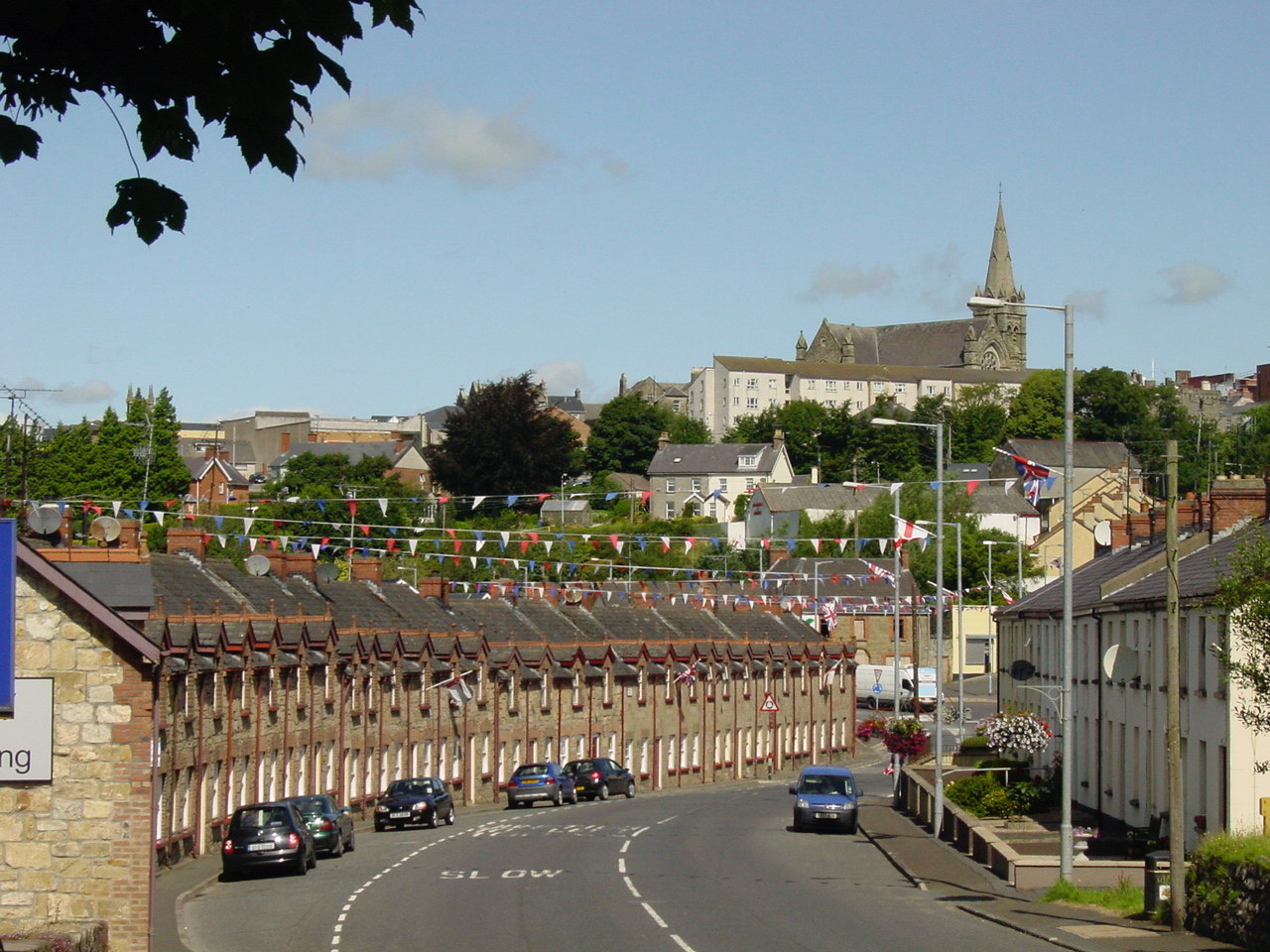 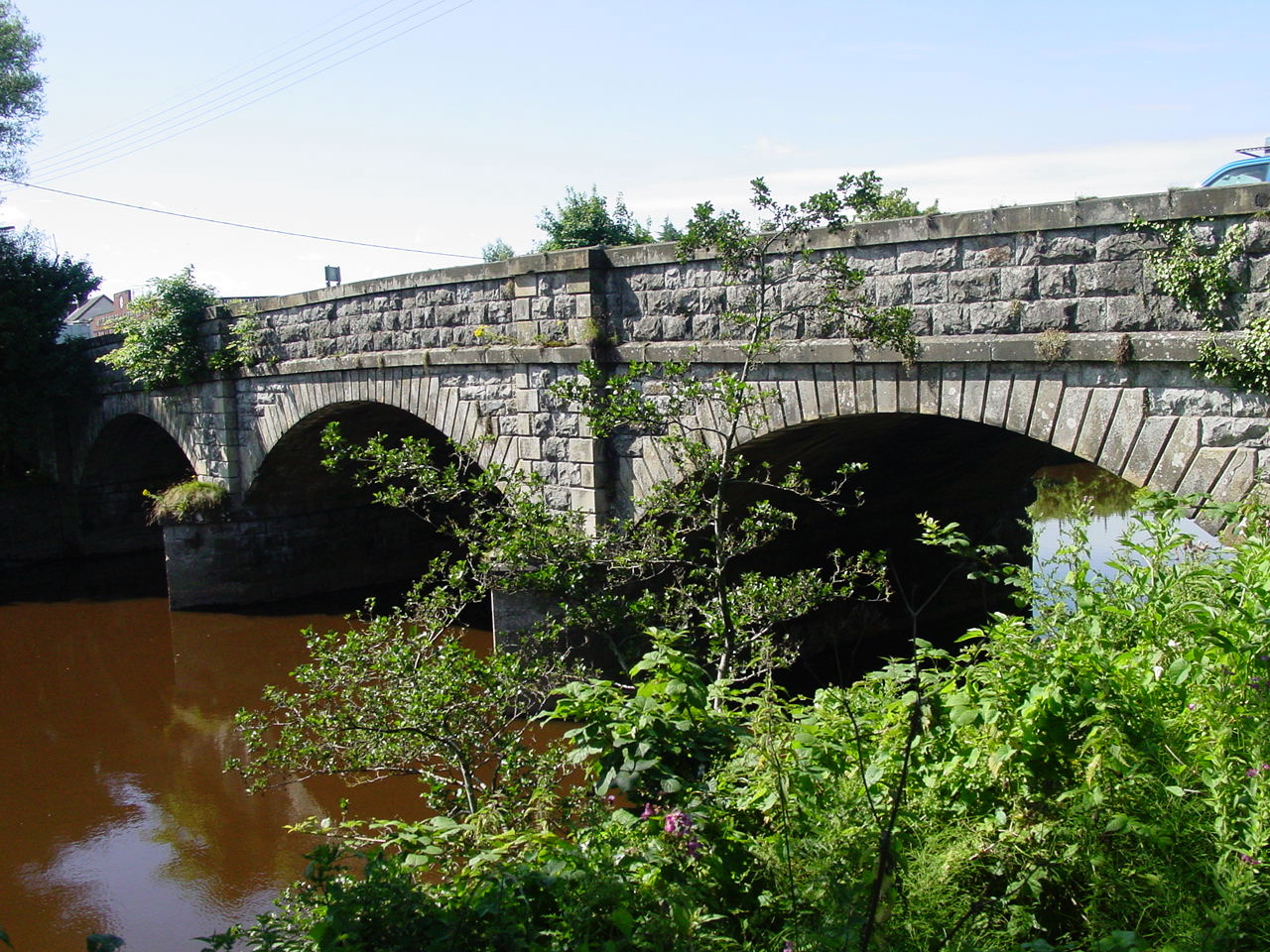 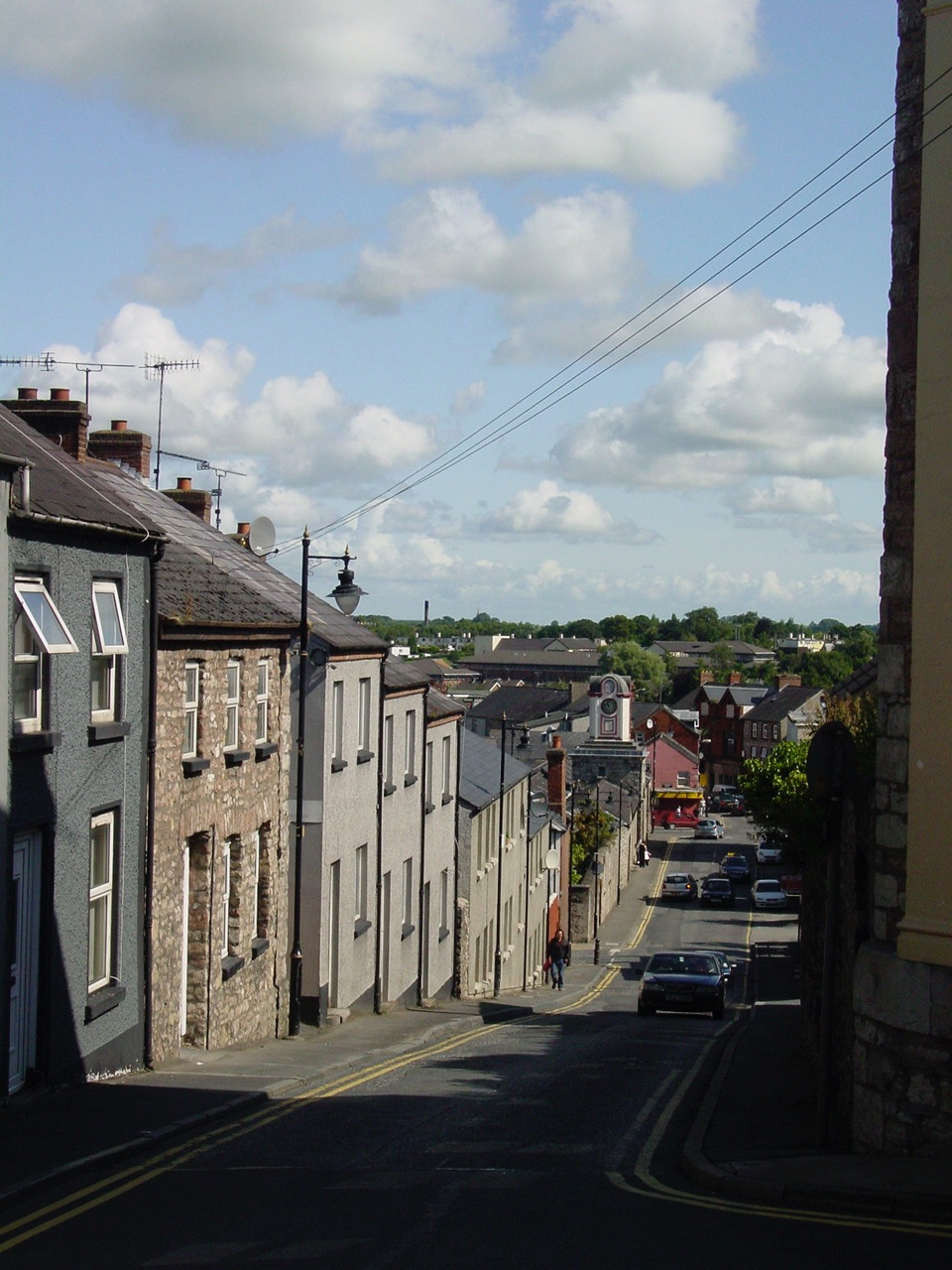 Right, top: Town of Dungannon, County Tyrone in Ireland.  According to the Householders Index for County Tyrone (which is an index of householders in the Griffiths Valuation and the Tithe Applotment Books in the middle part of the 1800s), all the Abernethy’s in County Tyrone, at least in the middle  of the 19th century, were resident in the Barony of Dungannon.
Right, center: The Charlemont stone bridge over the aptly named Blackwater River, at Moy, a village near Dungannon.
Right:  City of Armagh (2009).
Below: Fenkle Street, in modern Newcastle upon Tyne, England. The Abernethys lived here in the mid-1800s. A "fenkle" or "finkle" is a dog-leg bend in a street, suggesting how it looked a century and a half ago. 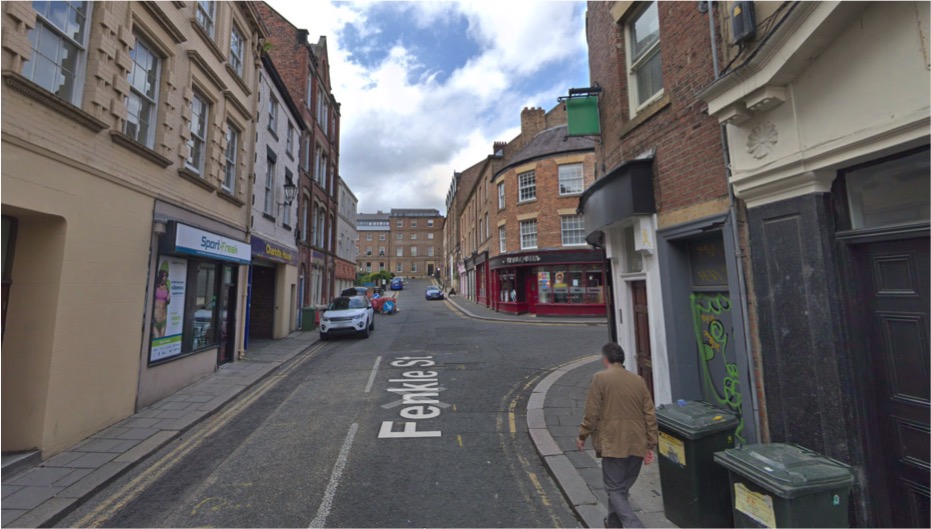