Houghton le Spring sits in a natural hollow on what was once an ancient pre-historic, then Roman and later Anglo-Saxon settlement half way between the modern cities of Sunderland and Durham in northeast England. 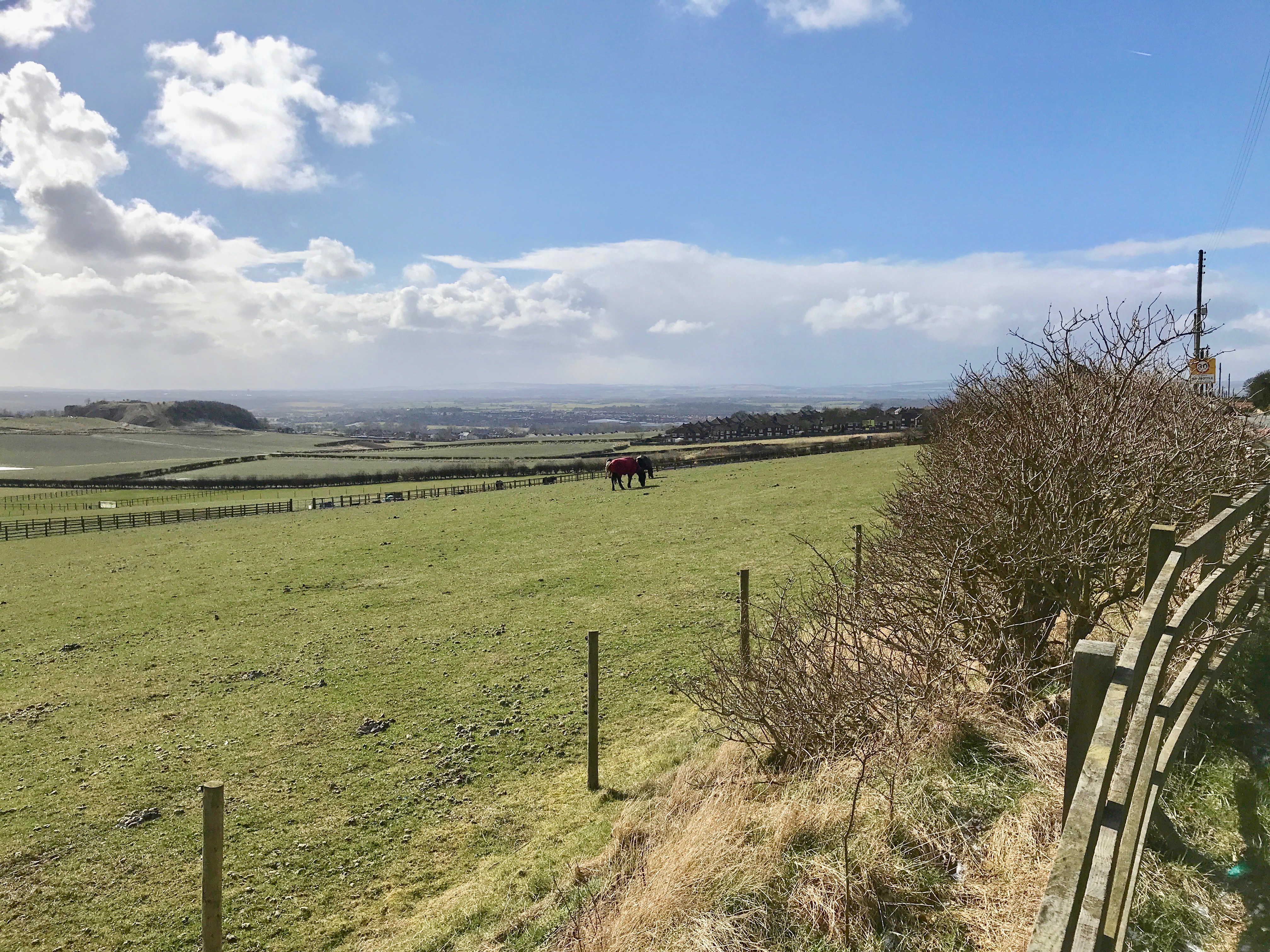 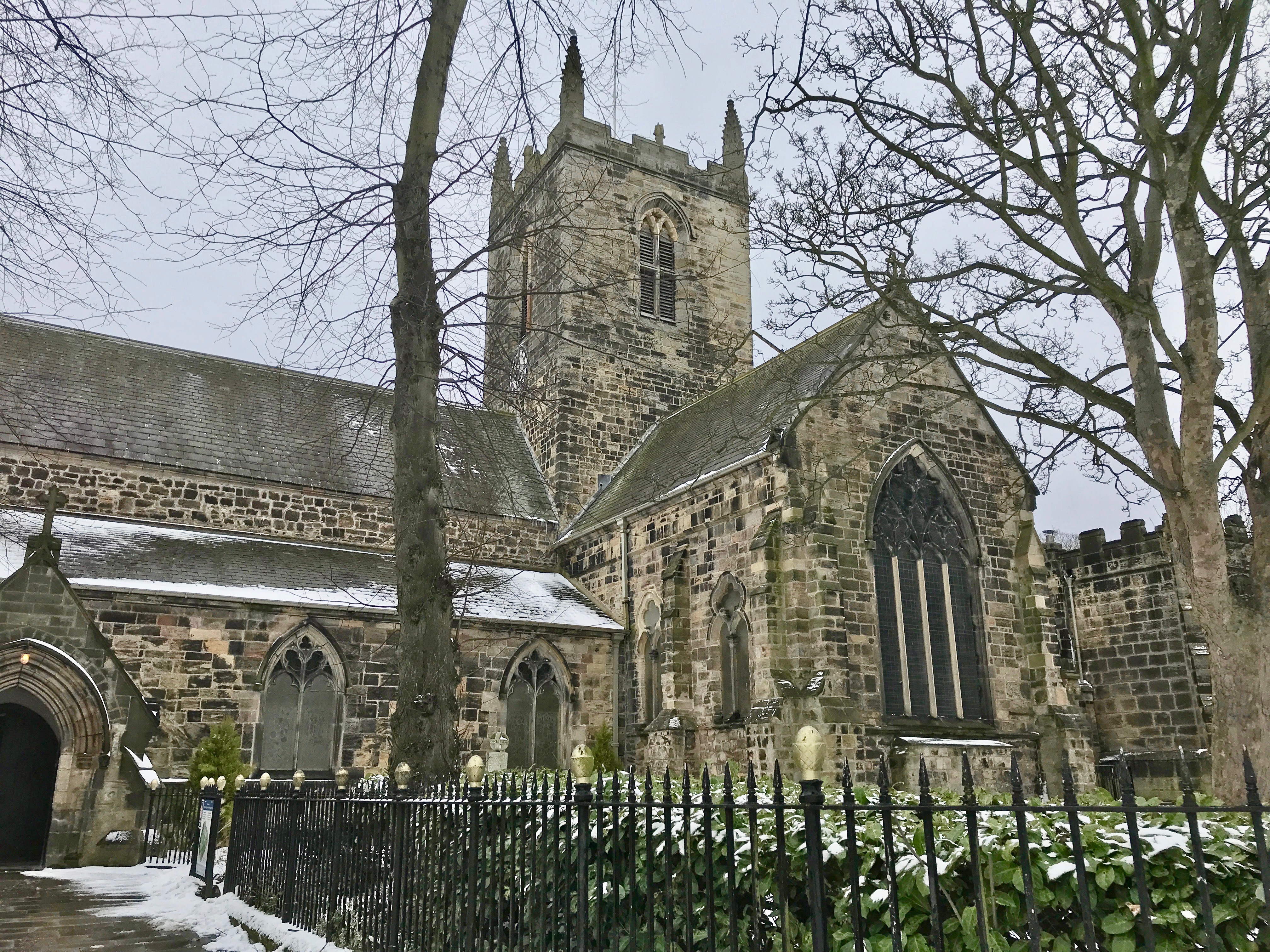 Top: The countryside surrounding Houghton le Spring today. The photograph is taken from Over the Hill Farm, The Steadings.

Above: The church of the ancient parish of St Michael and All Angels, Houghton le Spring. The church has been the center of the village for centuries. The limestone christening font to the right is 600 years old. 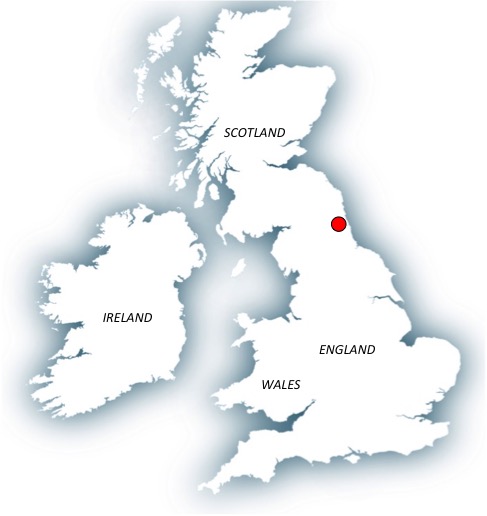 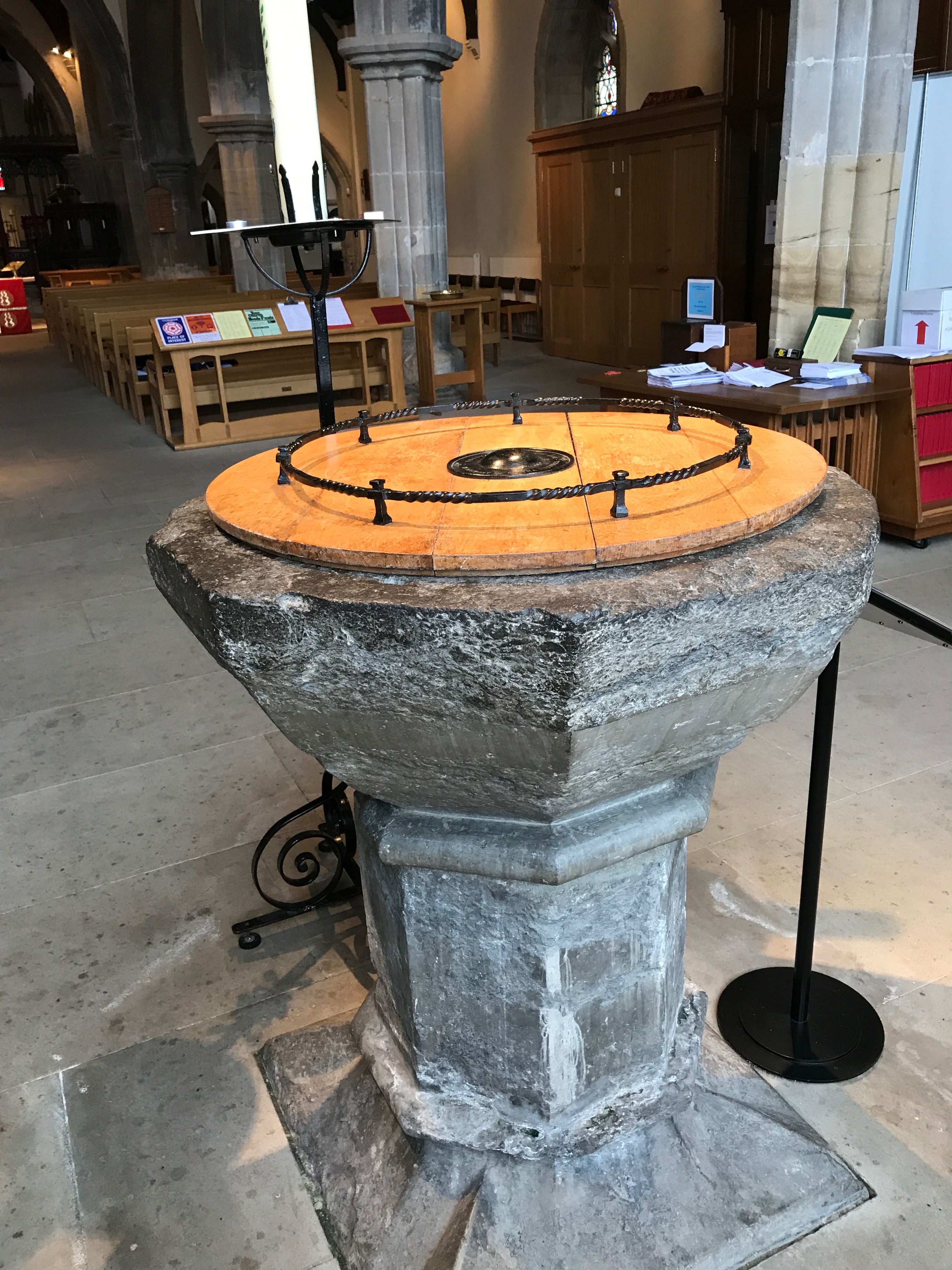 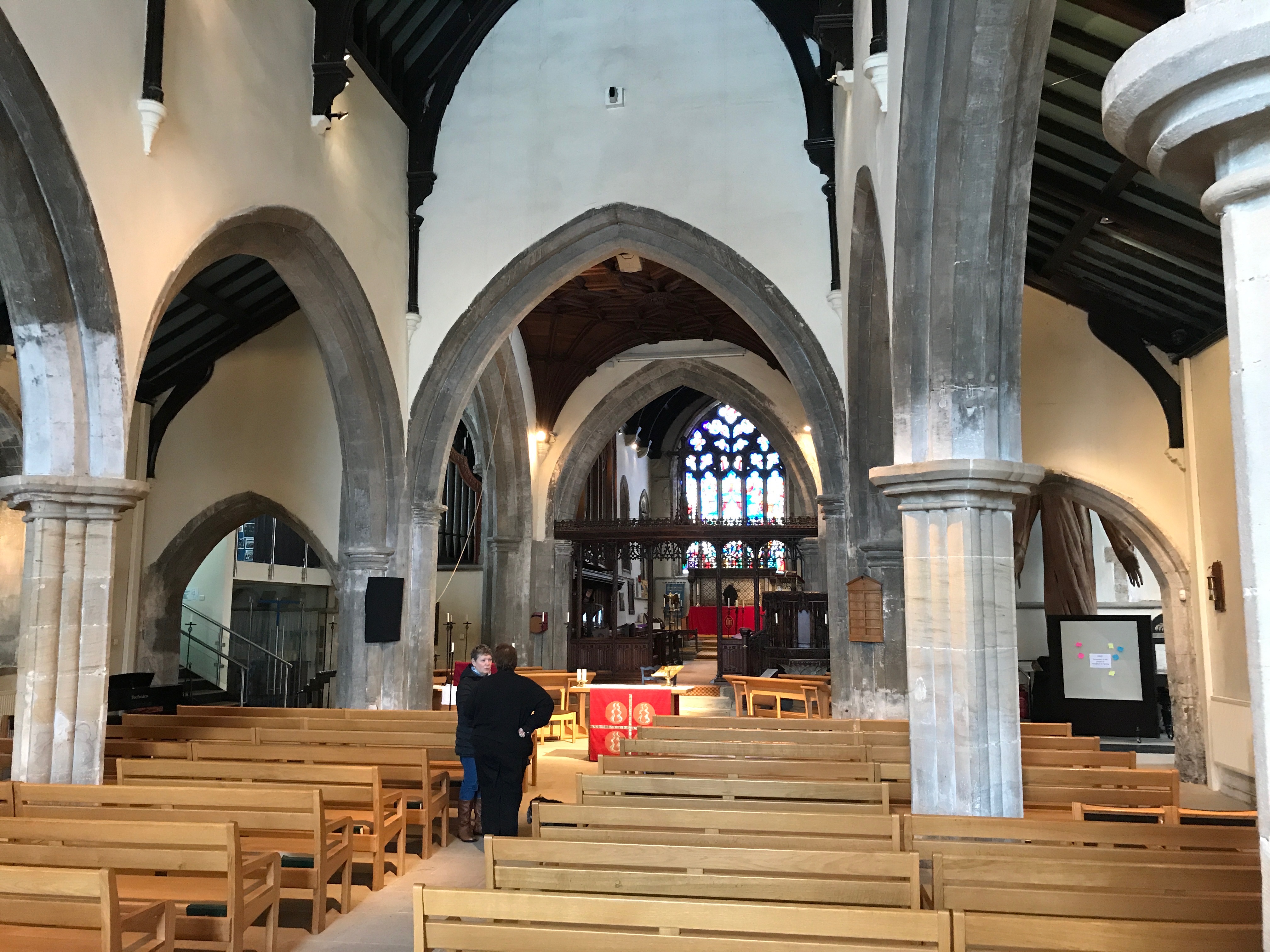 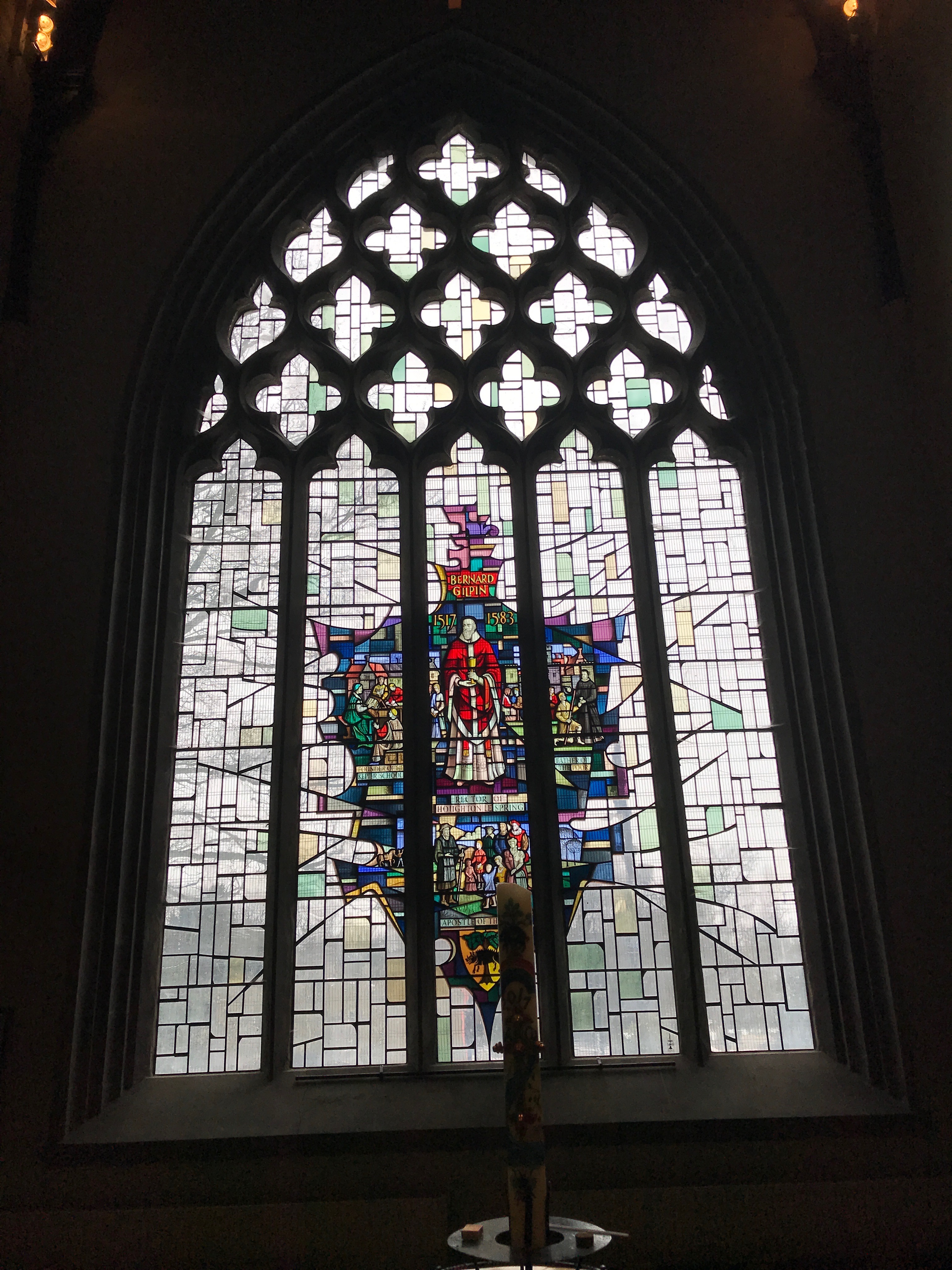 THE STRANGE-SOUNDING name of Houghton le Spring is of Anglo-Saxon origin - from "hogh," meaning a ridge of land, and "tun" meaning a camp or enclosure. Various suggestions have been made for the relevance of "le Spring," including naming the locality after the medicinal springs from limestone rocks in the area, or a connection with an ancient family of that surname that owned the village in the 1300s.

Houghton is specifically named in the Boldon Book of 1183:

In the church, there is a stained glass window commemorating Bernard Gilpin, the rector of St. Michael's from 1558 to 1583. Gilpin was a scholar and philanthropist whose generosity to the poor earned him the titles of  “Apostle of the North” or “Father of the Poor." Each year, the festival of Houghton Feast today commemorates Gilpin's tradition of annually feeding the local poor with a roasted ox. Gilpin's tomb now lies in the church.

Not until the coming of the Industrial Revolution and the discovery of rich coal seams in County Durham did the village expand significantly. The Houghton coal mine started to sink its first shaft in 1823, and the mine continued in production until 1981. Virtually the entire local economy was sustained by the 2,000 people employed by the mine at its peak. A detailed timeline of Houghton Colliery can be found on the website of the Houghton le Spring Heritage Society. 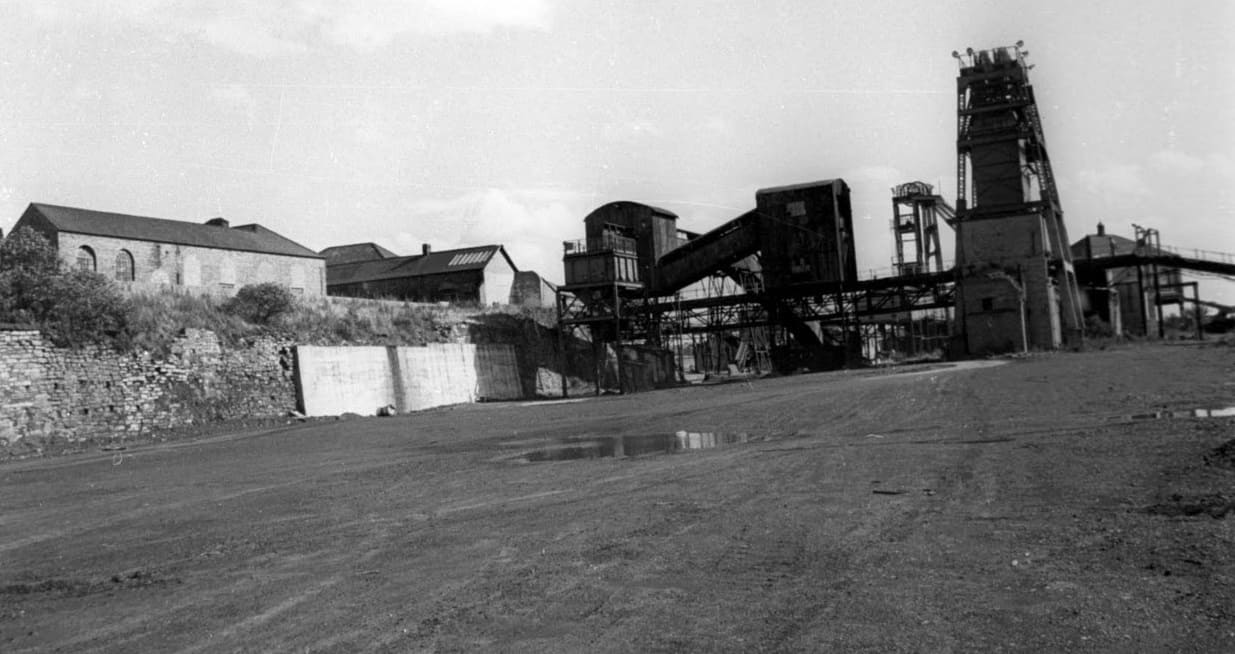 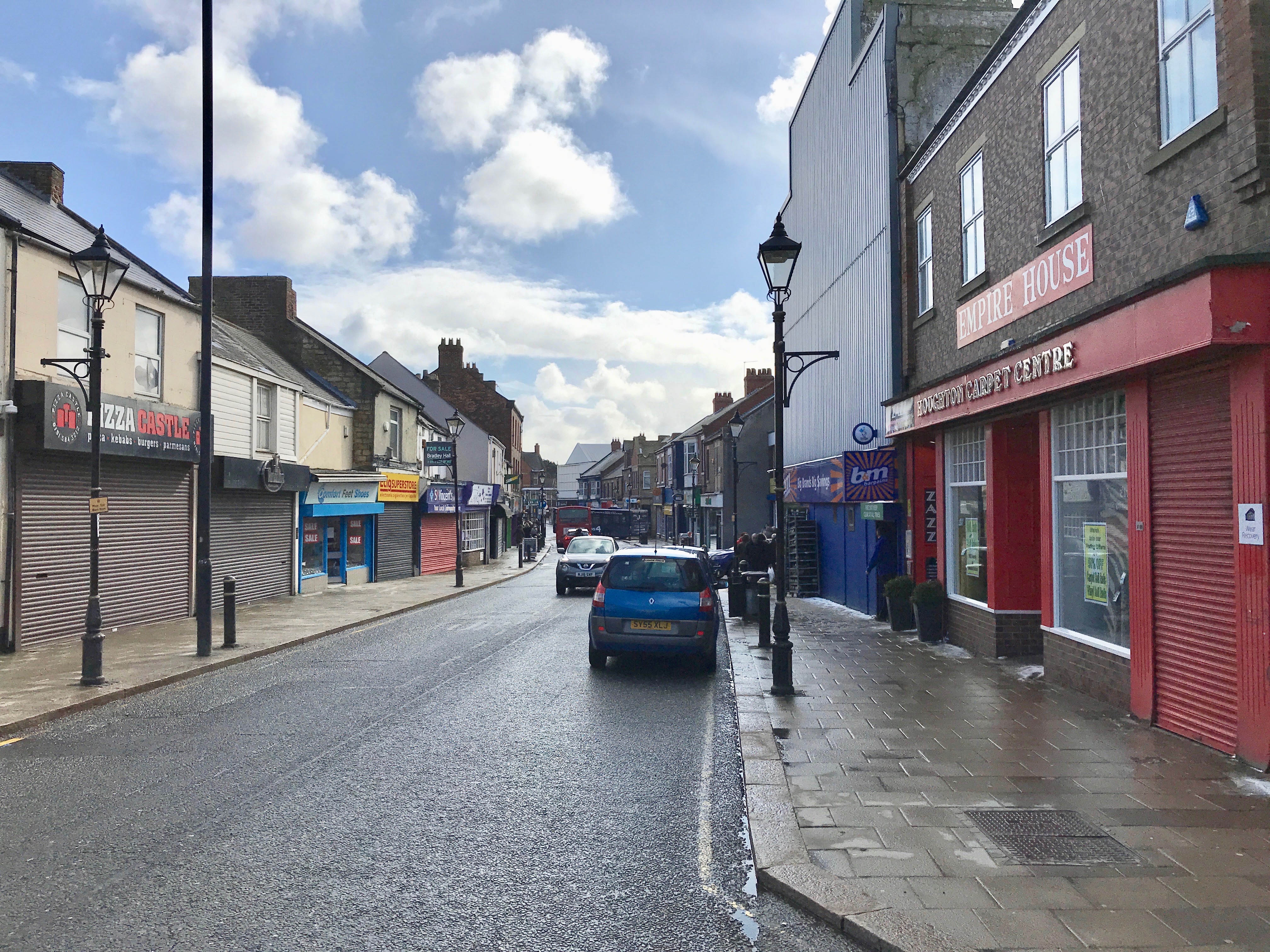 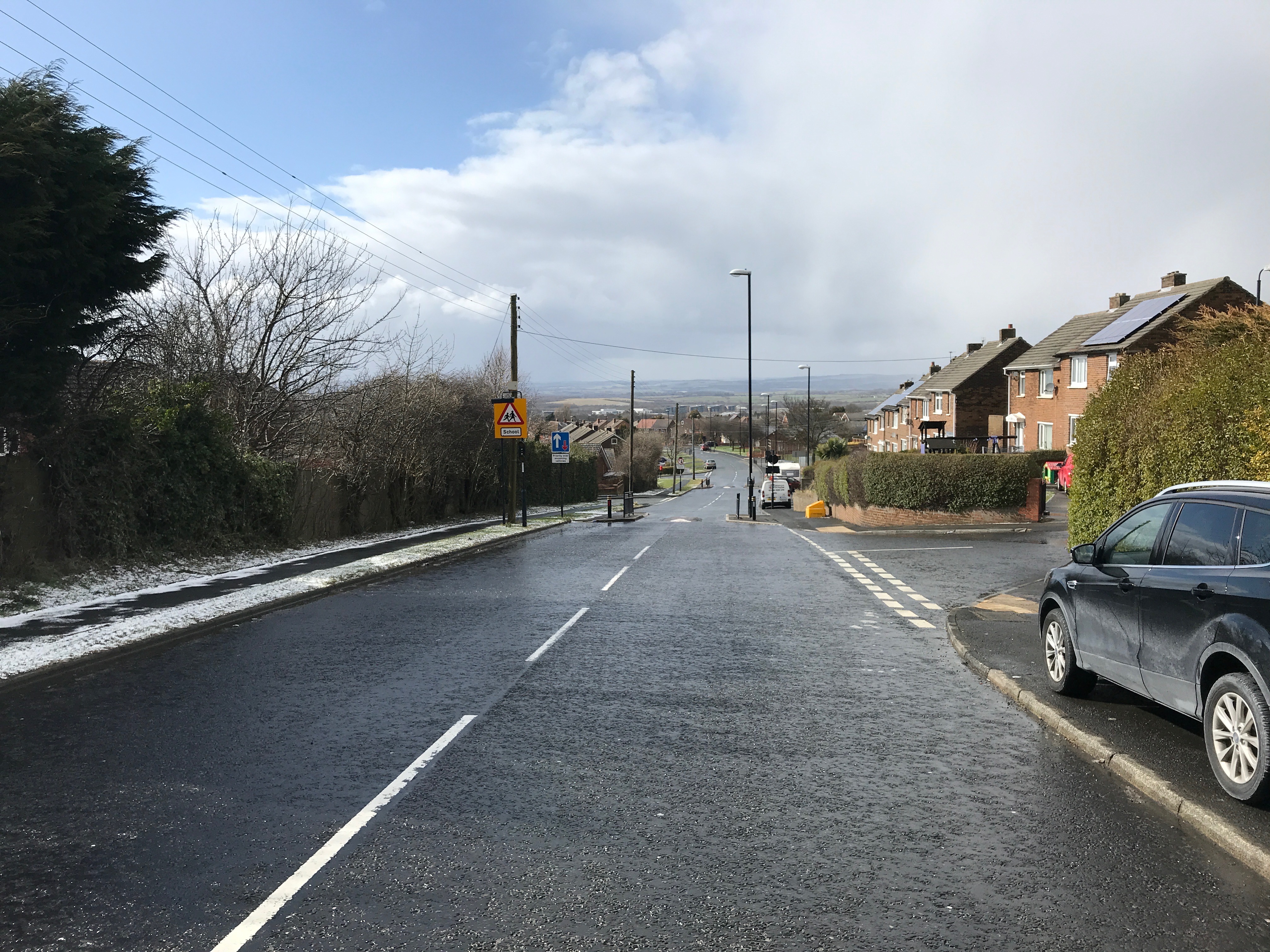 Above: Houghton Colliery - in its day by far the town's biggest employer.

Left, bottom: Gillas Lane, known previously when it was a quiet tree-lined street as Lover's Lane, but thought by some to have been associated with Gallows Lane, along which doomed criminals were taken to face the rope on Hangman's Lane.