British global influence expanded rapidly in the 1700s. For more than two hundred years, the British would hold sway as the world’s greatest military, economic and political power. At its height, the British Empire embraced a quarter of the world’s population, from Canada to New Zealand, from India to South America, and seemingly including in its paternalistic fold every island, atoll and rock in between. 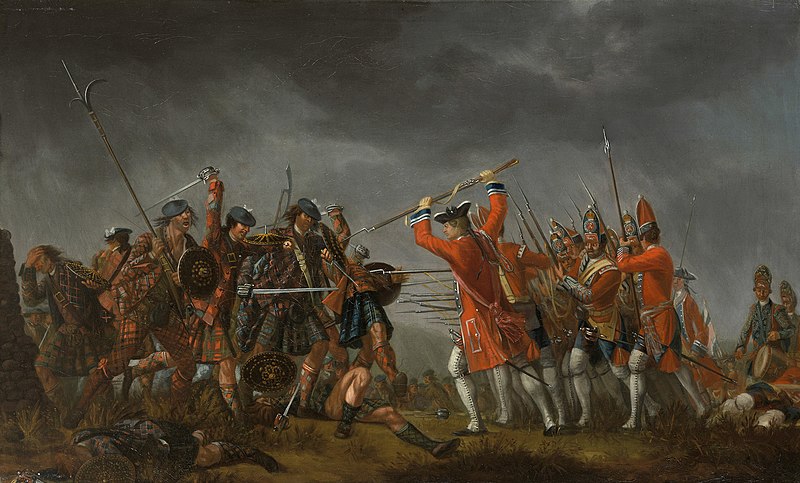 Left: Depiction of the Battle of Culloden, by David Morier, 1746, in which the Scottish Jacobite rebellion was finally crushed by British forces.

Below:  A colonial map of the 1760s shows the expanding British possessions in every continent. 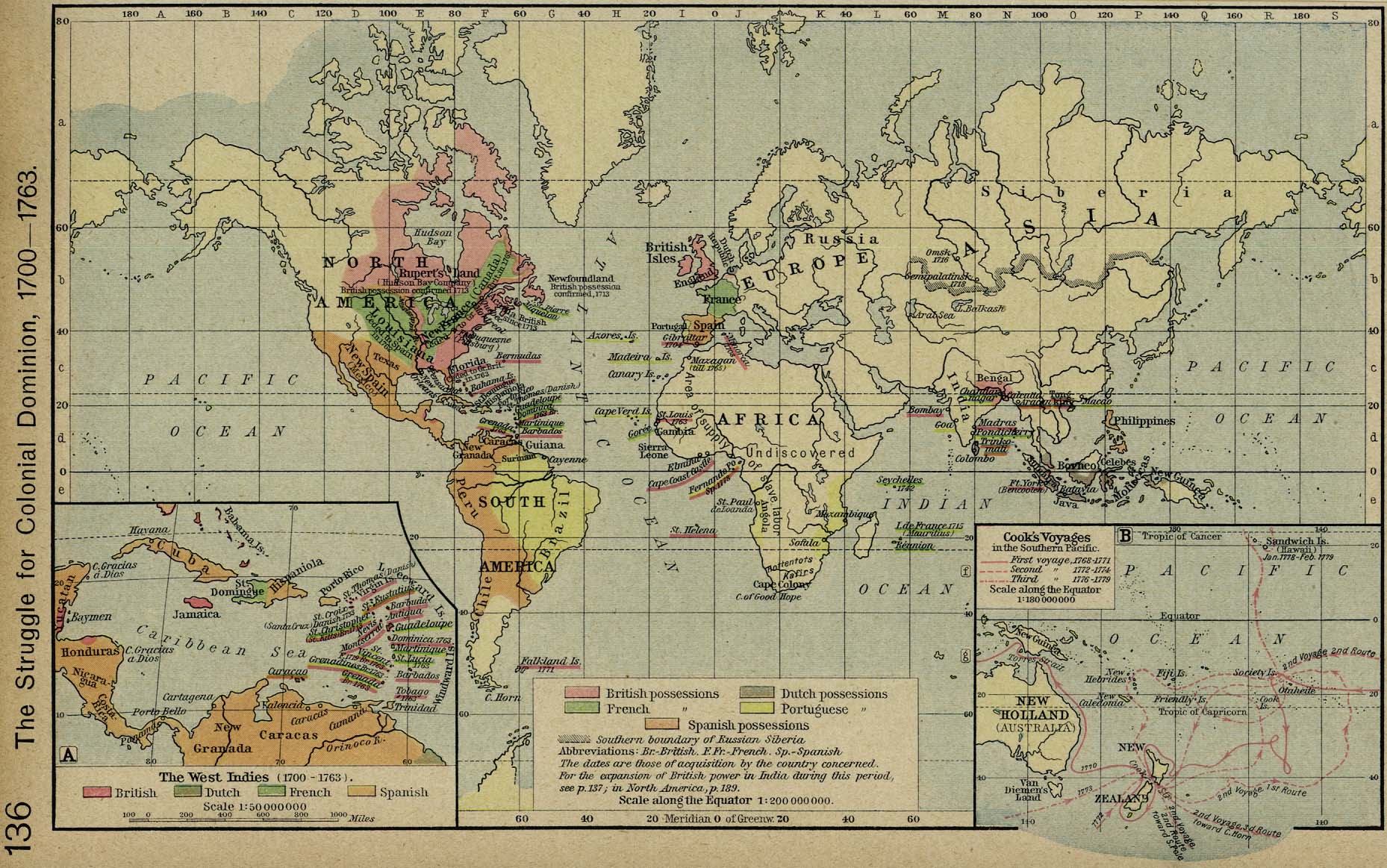 Believed to be in public domain. Original author unknown.

1715: A 'Jacobite' rising, intended to restore the exiled Stuart monarchy to the throne, is quashed, and Jacobite leaders are either impeached or executed.

1718: The Transportation Act introduces penal transportation. Instead of execution, people convicted of capital crimes may be sentenced to 14 years or life in the American colonies, specifically Virginia and Maryland.

1739: John Wesley takes the preaching of Christianity into the fields of English farms to reach the poor. The Methodist movement begins.

13 April 1742: Handel's 'Messiah' is performed for the first time to an audience in Dublin, Ireland

16 April 1746: The Jacobites are defeated at the Battle of Culloden, near Inverness in the Scottish Highlands, ending the Jacobite revolt of 1745-1746.

1756: The Seven Years' War between England and France begins. England emerges victorious in 1763. Under the Treaty of Paris, England acquires Quebec, Florida, Minorca, large areas of India and the West Indies.

23 June 1757: The British defeat the forces of the Indian province of Bengal, which were supported by the French. The victory is seen as a stepping-stone to eventual British control of the whole Indian sub-continent.

1768–1771: Captain James Cook leads his first expedition to the Pacific, circumnavigating New Zealand and charting the east coast of Australia.

1771: Britain opens its first factory – a cotton mill in Derbyshire. Until then, most weaving is done in homes. Britain is on the edge of the Factory Age.

1779: The Penitentiary Act authorizes state prisons as a response to shocking conditions in British jails.

2-11 June 1780. The 'Gordon Riots' break out in protest against the Catholic Relief Act. The Act was intended to relieve Catholics from many restrictions then in force, but anti-Catholic demonstrations get out of hand and hundreds die in fighting between protestors and troops. The Gordon riots are some of the worst in English history.

19 October 1781: British forces are caught on the Yorktown peninsula between George Washington’s American continental army and the French fleet. General Charles Cornwallis surrenders to Washington, ending the American War of Independence. In a century of victories, the loss of the American colonies is a huge blow to Britain.

13 May 1787: First fleet of convicts sails to Australia. With the loss of the American colonies, Britain sees Australia as an alternative for transporting convicts. On 13 May 1787, a fleet of convict ships sets out from Portsmouth for Botany Bay.

1788: Under growing pressure from abolitionists, parliament investigates the slave trade.

14 July 1789:  The French Revolution begins with the storming of the Bastille.

1799 – 1800: Trade unions are outlawed. However, these acts that were designed to avert a French-style revolutionary movement in Britain, were repealed 25 years later.

1 January 1801: The Act of Union creates the United Kingdom from England, Scotland, Wales and Ireland. 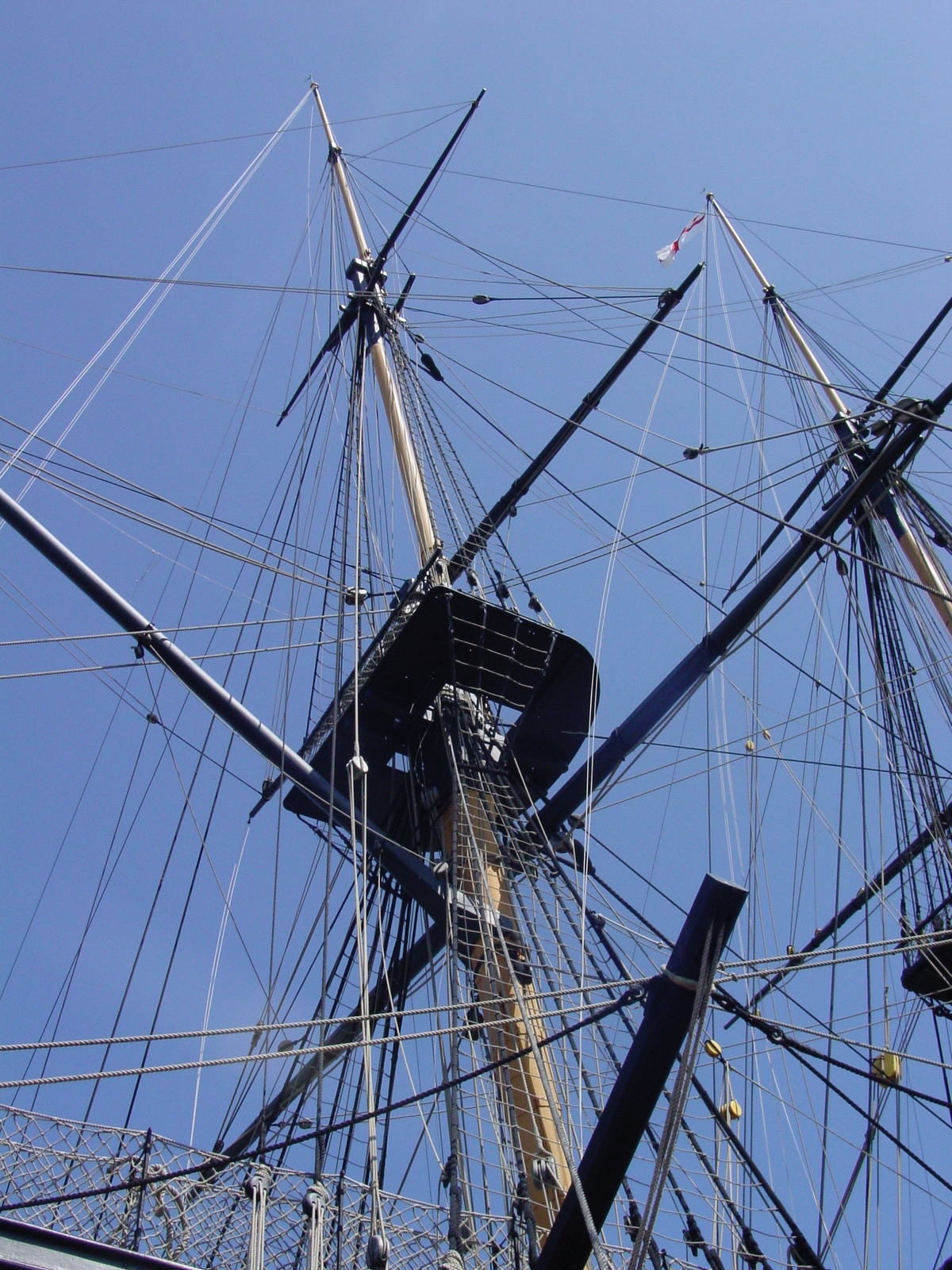 JUST WHAT ENABLED this small island nation off the northern coast of Europe to rise to such global domination was a combination of numerous factors, but it’s doubtful it could ever have happened without the forced isolation imposed by the surrounding seas.

An island nation needs to trade. As Britain’s agricultural production finally began to outgrow her needs, her eyes turned outward to the trade routes that would bring prosperity. Trade routes needed a navy both for exploration and protection, and England’s navy, which had already begun to look like a significant asset in the 1500s, was dominant by the mid-1700s and unassailable for most of the 1800s after the Napoleonic Wars.

Britain's share of the world’s trade in the 1700s was enormous, while its explorers, missionaries and colonizers planted the Union Jack everywhere. Moreover, an island nation is more difficult to invade than one that is landlocked. Foreign soldiers and mercenaries can’t simply walk across borders, and over the centuries that complication proved to be a costly factor for the Spanish, the French and the Germans in their turn.

It would be simplistic to attribute everything about the emergence of Britain as a dominant world power to its navy. Its political and economic system - in the 1700s, with all its many faults, still the most liberal in the world - was another factor. Trade and commercial interests would fuel the economy, drive scientific invention and lay the basis for the Industrial Revolution. Those developments, in turn, would transform the face of Britain, driving social and political change well into the 20th century.

Historians tend not to divide periods neatly into centuries, but rather to bracket time periods between notable events that seem to shape or influence succeeding decades. Thus, it’s common to read of the so-called “Long 18th century” as the period from the Restoration of the English monarchy after the Civil War (1688) to the end of the Napoleonic Wars in the early 1800s. Some historians extend this period even later. However, for our purposes the centuries provide convenient divisions when looking at the world in which the individuals and families featured on this web site lived.

The picture of Britain in the 1700s, then, is a mosaic of military and political power, rapidly changing agricultural and manufacturing practices, scientific inventions and social and economic change. With the changes spurred by the Industrial Revolution came a sharp rise in city populations. Working men and women drifted from the fields and farms to the factories as the century moved into its fourth quarter. Some of that movement from rural areas to cities was the result of agricultural policies and practices that forced many to leave the farms. In turn, all of this brought huge social problems for Britain's rapidly growing towns - unhealthy and dangerous conditions in the factories, long hours, poor wages and few if any workers' rights. When they left the factories, many returned to crowded homes amid squalor and lack of decent sanitation that frequently led to disease. A century later, it would be even worse.

Below: The wealth and pageantry of a scene at Westminster Abbey in London, 1749, contrasts with the smoking factory chimneys around one of England's first textile factories, in Manchester, 1700s. 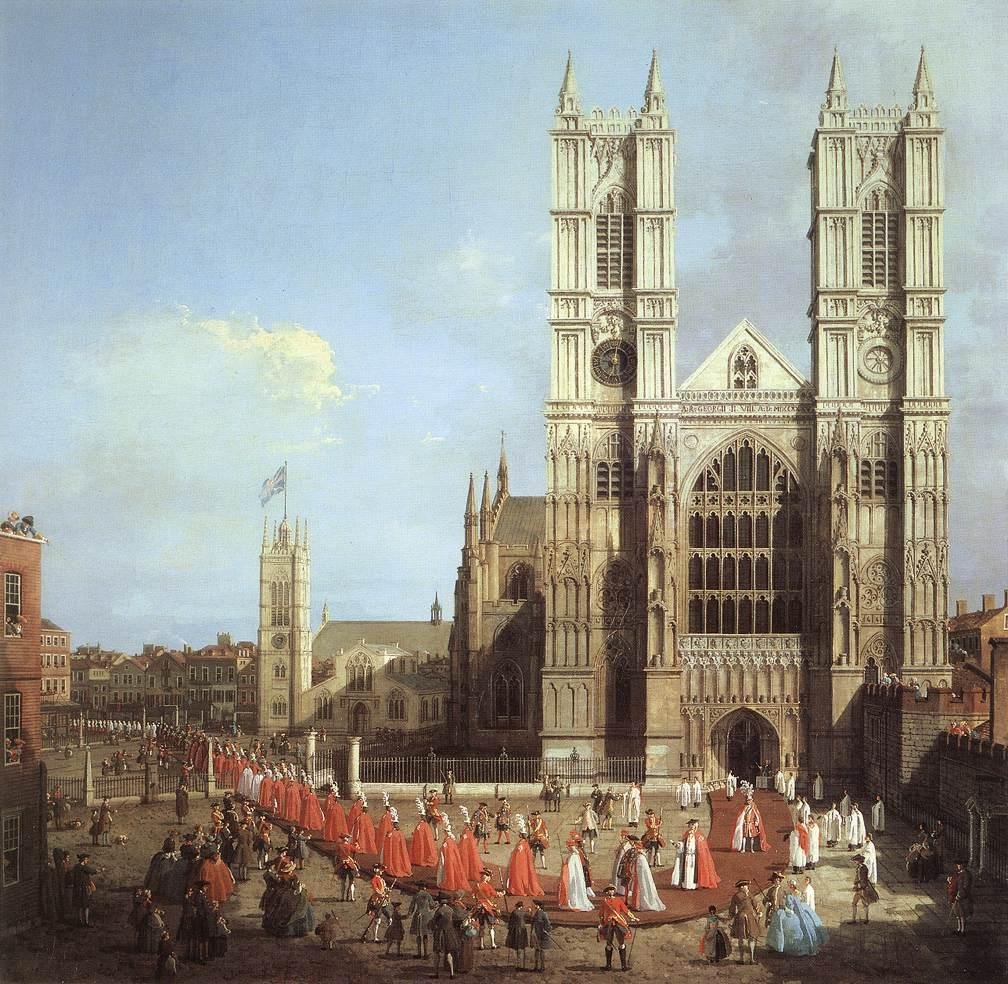